Anthony Fauci has become one of America's most well-known medical doctors. But his perpetual flip-flopping on the Wuhan virus shows anything but best practice. Church Militant's William Mahoney delves into Fauci's recently-exposed emails.

Thousands of emails dating from January–June 2020 show Fauci was not following the science.

He's been operating as a career bureaucrat, oscillating on masks and downplaying the Wuhan virus' possible man-made origins.

Sen. Marco Rubio: "Why did you dismiss the lab-leak theory as credible?"

Dr. Fauci: "I have always said that the high likelihood is that this is a natural occurrence. I didn't dismiss anything."

Fauci is worried about being connected to gain-of-function research — basically, research to engineer organisms or diseases in a lab to make them more contagious.

In one email, dated Feb. 1, 2020, Dr. Hugh Auchincloss wrote: "The paper you sent me says the experiments were performed before the gain of function pause but have since been reviewed and approved by NIH [National Institutes of Health]."

The very paper that he puts in the email, he says, "Oh my goodness, we need to read this paper because it looks like we're actually funding gain-of-function research," which is where we juice up these viruses, take them from animals and infect them into humans. He's admitting that to his underling. He's worried about this in February of last year. But only two weeks ago, he tells me, "Oh, it wasn't gain-of-function research."

Paul also explained, the bat scientist in Wuhan gave Fauci credit for the research the Chinese were doing.

Sen. Paul: "She lists the exact NIH grant with a 10-numeral disclaimer or ID number, listing the money and thanking the NIH for the money. It's clearly gain-of-function."

The senator blasted Fauci for hiding behind a lab coat, presenting a persona nobody should question.

But in another recent appearance on Fox News, Paul spotlighted a greater concern regarding tampering with viruses in labs.

Sen. Paul: "We have 11 labs in our country ... If this leaked from Wuhan, what if this could leak from one of the 11 labs here with something more deadly than COVID?"

Whether Fauci is in it for communist China, Beijing Biden, or just himself is anybody's guess.

Baptized Catholic, Fauci told the World Health Organization in January, the United States was renewing its commitment to "reproductive rights," a euphemism for contraception and abortion. 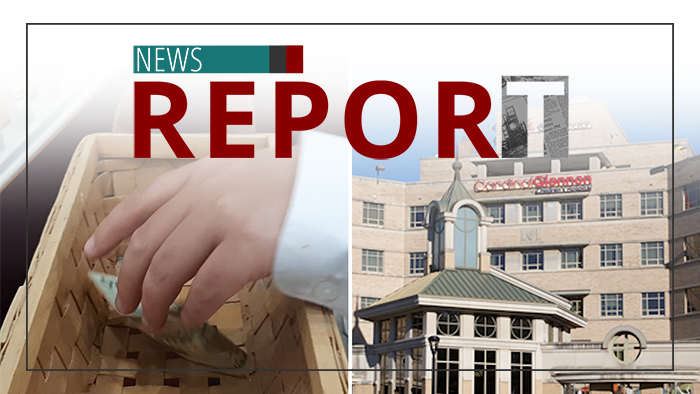