Illegal aliens have been pouring across the Texas-Mexico border, reaching all-time high numbers since unelected Biden took office. Church Militant's Hunter Bradford explores how one Catholic organization is demanding to know where taxpayers' money is going and the role played by U.S. bishops.

Joe Biden: "There is a significant increase in the number of people coming to the border."

CatholicVote: "American Catholics deserve to know the full extent of our federal government's role in funding and coordinating with Catholic Church-affiliated agencies at the border and what role these agencies played in the record surge of illegal immigrants over the past year."

In September, CatholicVote filed two FOIA requests. The first demands all communications between the U.S. Customs and Border Protection with the diocese of Brownsville, Texas, including Bp. Daniel Flores and Catholic Charities of the Rio Grande Valley, including its executive director, Sr. Norma Pimentel.

The second request demands communications between the Customs and Border Protection and the United States Conference of Catholic Bishops, especially regarding Pimentel and Catholic Charities of the Rio Grande Valley.

Bishop Flores asked why any Catholic organization, like CatholicVote, would ask how Catholic donations are being spent.

Flores told the heterodox National Catholic Reporter, "I question why Catholic Charities is being singled out when a number of other non-government organizations (NGOs) and city entities have received and are also receiving funding."

Since many American Catholics not only pay taxes but also give money to the Church for charitable use, CatholicVote says they are owed answers from Church and State.

The wall of silence and lack of accountability of Catholic bishops involving their actions and motivations for years has been one of the biggest scandals for Catholics and the world. 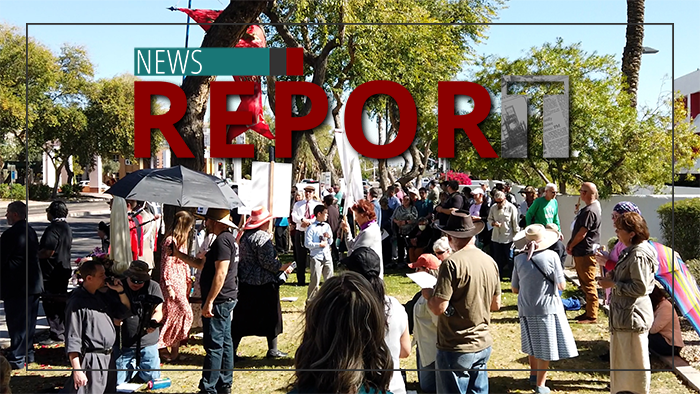 Catholics vs. Satanists
Protesting the Prince of Darkness