Pope Francis is in Cyprus right now, preaching everything but the gospel. He has been giving his spiel on open borders, praising migration and instructing the clergy and faithful not to proselytize. Church Militant's William Mahoney breaks down the key takeaways thus far.

During the homily at Mass in Cyprus this morning, the pope expressed his happiness Cypriot Catholics "live the liberating proclamation of the gospel with joy," immediately offering a perplexing qualification.

Pope Francis: "It's not about proselytizing: Please, never proselytize! But rather witness, not moralism that judges — no, don't do it — but of mercy that embraces."

On Thursday, Francis addressed clergy, religious and catechists. He offered his anti-proselytism speech, peppering it with some falsehoods about the Church.

Pope Francis: "None of us has been called to proselytize. Never! Proselytizing is sterile. ... Please remember, walls do not and should not exist in the Catholic Church."

Also on Thursday, the pontiff addressed government authorities and the diplomatic corps. He sang the praises of migration and made sure to elaborate on one of his favorite buzzwords, giving it a pseudo-Christian veneer.

Pope Francis: "We ought to help one another to believe in the patient and unassuming power of dialogue, on the basis of the Beatitudes."

The rhetorical question "is the pope Catholic?" seems ever less rhetorical as Francis continues to speak.

The pope's five-day Cyprus trip will conclude after this weekend, on Monday. 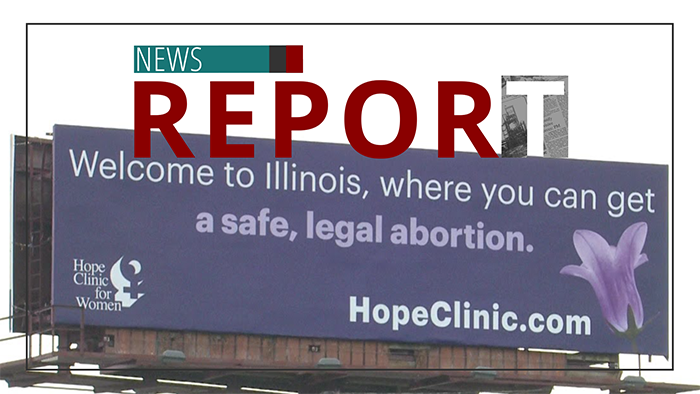 Abortion Capital of the Midwest
Illinois gears up for more murder