While the world wondered if they would show some integrity, the bishops again dropped the ball. In Baltimore, they refused to outlaw sacrilege against Our Eucharistic Lord and are already preparing for another huge meeting.

In tonight's In-Depth Report, Church Militant's Hunter Bradford reveals the bishops kick the can down the road by planning a three-year eucharistic revival.

After the bishops in Baltimore sold out the Source and Summit, Our Eucharistic Lord, they are following up with meaningless bureaucratic work.

In 2024, the United States Conference of Catholic Bishops, USCCB, will meet in Indianapolis July 17–21 for a "National Eucharistic Congress."

Bp. Andrew H. Cozzens: "Second, as our goal, I stated in June, is a National Eucharistic Congress that's more of a World Youth Day-style event that will bring together 80,000 people or more. The cost of doing this large event will roughly be $300 per person."

The Congress will cost pew-sitters $28 million, an exorbitant sum that's raising eyebrows even amongst bishops.

Abp. Timothy Broglio: "I'm a little concerned though, and I mentioned this to you once before. The $28 million price tag on this gathering, I think, might appear to be a bit scandalous."

The Congress will feature "Masses, adoration, processions and inspirational speakers, among other events."

Many critics have extremely low expectations for the Congress, especially after 222 bishops in Baltimore approved the document, "The Mystery of the Eucharist in the Life of the Church."

A strong majority of the bishops, however, rave about the document and their inspired work.

Bp. Cozzens: "I don't know about you, but this week I've really experienced how strongly the Holy Spirit is at work amongst us as a body of bishops as many have expressed to me their excitement about this, uh, revival."

The document, which over 95% of the shepherds signed, fails to pastorally prevent fake Catholics like Joe Biden and Nancy Pelosi from sacrilegiously receiving Holy Communion.

Months ago, unelected President Biden was asked about that very thing and, ironically, his prediction was right.

Tyler's bishop, Joseph Strickland, unlike most, did voice some of the faithful's concerns in Baltimore.

Bp. Joseph Strickland: "I would hope that during these three years we can work to evangelize all the politicians — to have an army of Catholic politicians who are truly Catholic and committed to every aspect of living as the Body of Christ."

At least with the Apostles, there were 11 good guys and only one Judas. Unfortunately, with U.S. bishops, the numbers have been drastically flipped. Judas is no longer the exception, but the norm.

The three-year eucharistic revival plan includes a commission studying the results of the 2019 Pew Research Survey. The study is meant to determine the validity of that survey, which found only around 30% of Catholics believe in the Eucharist. 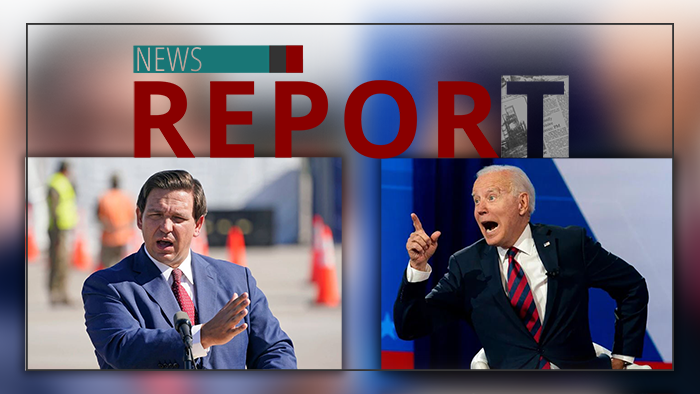