'You will barely notice it'

The LGBT community is revealing its true colors, no longer couching its agenda in innocuous terms. A terrifying new video is ripping off the mask just as it tries to rip children from their parents. Martina Moyski has more.

The song mixes threats and insults under a veneer of humor to cajole parents to give up their sacred duty.

Milo Yiannopoulos: "Pray for them. Pity them. But above all keep them from your children."

Despite its catchy Broadway style ...

The video opens a window to the wounded, pitiable nature of the gay lifestyle.

Milo: "I try to be furious at it. I try to be angry at them. I try to hate them but I can't. I just feel such sorrow, such sadness at the sight of these dead children inhabiting the carapaces of adult men trying desperately to convince the rest of us that they're having fun."

And the innocuous persona of lead singer Troy Iwata is not as it seems.

Milo: "The lead singer Troy Iwata — 30 years old but dresses like he's 16, has been in ads for Toys"R"Us and even Babies"R"Us. Meanwhile, on his Instagram page, his bio reads "My floor, face down."

The online video was removed yesterday after pushback from those who are actively resisting the LGBT takeover and refusing to kneel before the rainbow flag.

Milo Yiannopoulos posted today on Gab a screenshot from David Wallace's sex offender registry page. He's one of the singers of the San Francisco Gay Men's Chorus that was featured in that video. He was convicted in 1985 of "lewd and lascivious acts with a child under 14 years of age," with Milo noting, "First, I'm sure, of many." 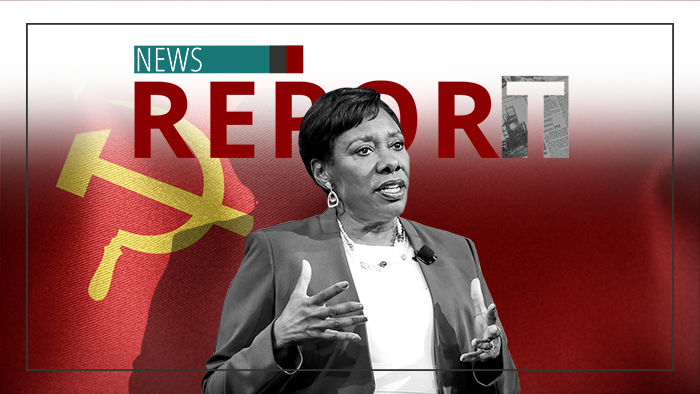