Fruits of the international synodal process commissioned by Pope Francis are beginning to manifest. Preliminary results show exactly what many expected — an ideological divide that is stifling Christ's body on earth.

Pope Francis's plan for a three-year worldwide synodal process to discern the direction of the Church is bearing some fruit. Much of the feedback suggests a great spiritual hunger in the faithful, who have been victims of poor catechesis and weak Church leadership.

Bp. Richard Stika, diocese of Knoxville, Tenn.: "We have a lost couple of generations because catechesis has been so poor."

Various diocesan reports share a demand for ordaining women and a hope the Church will change Her teaching on an array of sexual issues.

Responses demonstrate a profound misunderstanding of human nature and of Church authority. The changes many seek violate natural law and immutable Church doctrine. The Holy Spirit could never allow such change.

The confusion, however, exists alongside a great desire to evangelize. According to the reports, many lay Catholics want the truth and want to spread it to others, but feel ill equipped.

Across the Atlantic, the church in Germany is leading the dissent by undermining Catholic morality. As Church Militant has reported ad nauseam, Germany's revolt brings it to the brink of another great schism.

Fr. Mark Goring, C.C., priest and author: "The German bishops, some of them, want to embrace the spirit of the age."

Following the Germans' lead, Belgium and Luxembourg are focusing on ordaining women as well as married men. Australia is debating women deacons. And France, England and Wales report deep dissatisfaction with the place of women in the Church.

Cdl. Robert McElroy, bishop of San Diego, Calif.: "Our soul is at stake here as a country."

Closer to home, the San Diego diocese reports an ideological split on ordaining women and reaching out to the same-sex attracted. The same holds true for the St. Louis archdiocese.

Respondents in the scandal-ridden Buffalo diocese excoriated the hierarchy for sexual abuse and cover-up, as did people in the Trenton diocese and archdiocese of Washington. They mostly referred to the scandal as child sexual abuse, however, rather than what it really is — homosexuality.

While many respondents claimed the Church rejects the same-sex attracted, there were no comments on practicing homosexuals rejecting the Church.

And while many respondents had issues with male headship in the Church, none spoke of the beauty of the masculine–feminine dynamic designed by God and communicated in Scripture.

Dr. Jordan Peterson, psychologist and author: "Men use the image of female perfection to motivate themselves."

The great challenge to Church leaders is to discern the Spirit of God from the spirit of the world. Pope Francis' response may come down to imitating Pope St. Paul VI — who, in the 1960s, disavowed the recommendation of his birth control commission and upheld Church teaching with Humanae Vitae.

The three-year synodal process will culminate at the Vatican in 2023, with the convening of the world's bishops at the great Synod on Synodality. 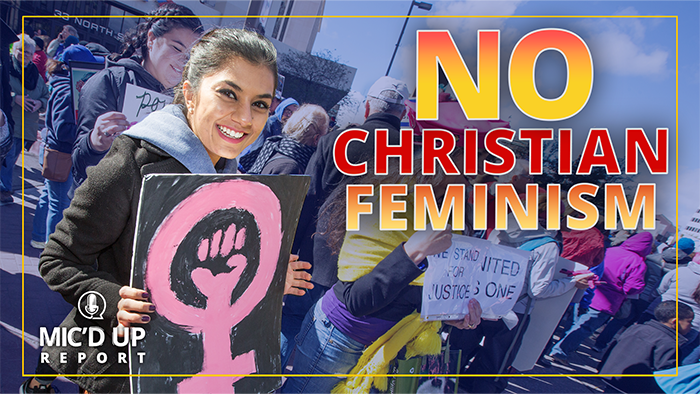 No Christian Feminism
A third rail-issue in the Church