In tonight's In-Depth Report, Church Militant's Kristine Christlieb shows us how that is playing out in Illinois.

Mary Kate Knorr, executive director, Illinois Right to Life: "I'm afraid of what the post-Roe numbers will look like because we know there are women from all over the country coming to Illinois to receive abortions."

Abortionists are breaking records in Illinois.

Planned Parenthood officials are not only reporting a record-high number of abortions, but they are also bragging about their success in attracting mothers from 31 states.

In a Chicago Tribune interview last week, Jennifer Welch, president and CEO of Planned Parenthood of Illinois, said, "It is clear that abortion bans don't stop people from having or needing abortions; they just make it more difficult to access care. The number of patients from other states forced to travel to our health centers is at a historic high."

Knorr: "Back in 2019, Planned Parenthood saw the writing on the wall with regards to Roe v. Wade in Trump's presidency and decided they were going to prepare regional clinics, regional health centers for women to travel from different parts of the country to receive their abortions, with Illinois being one of those regional hubs they have spent years setting up."

In 2019, the abortion giant opened one of its abortion hubs in southern Illinois on the border with St. Louis, Missouri.

The other hub opened in 2020 on the north side of Chicago, less than an hour from Milwaukee.

Planned Parenthood of Illinois is reporting that "the number of patients coming from Wisconsin has surged tenfold."

Illinois Right to Life is trying to get the word out about the danger of abortions in Illinois.

Knorr: "We often hear this phrase 'back alley abortions,' and with that phrase, you have this connotation: 'It's unregulated; it's not done by a doctor, and no one is paying attention to make sure that all the necessary sanitation practices and everything are in place.' None of those things exist in Illinois anyway, and it's legal here."

Minor children can come to Illinois for an abortion without parental consent.

And now, the state is positioning to allow people other than physicians to perform surgical abortions.

When mothers travel to Illinois, they need to understand they are entering a state that is virtually lawless with regard to abortion.

Abortion is a $60 million per year industry that funnels thousands of dollars to Illinois Democrat candidates. 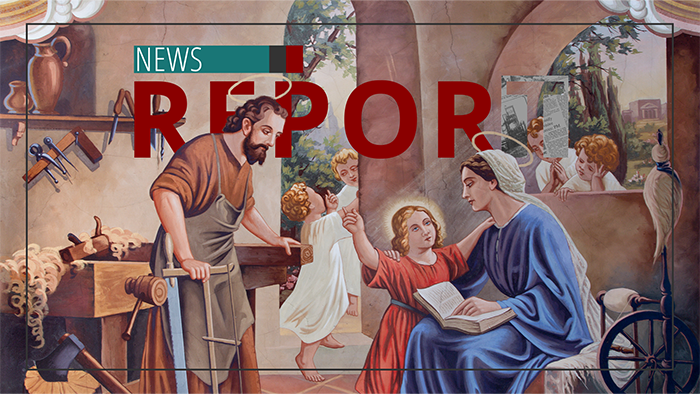 Our Greatest Example
Look to the Holy Family