Yesterday, the leftist, Jesuit-run America Magazine released a list of 14 U.S. senators who are "Jesuit educated" — a term that's become virtually synonymous with supporting sodomy, abortion and socialism, all under the guise of Catholic teaching. Church Militant's Joe Gallagher gives us some highlights from the list.

Of the 14 senators listed, 9 are considered practicing Catholics. Eleven support abortion. But a Protestant who went to a Jesuit high school (young Republican Josh Hawley) is one of the most vocal pro-lifers in the Senate.

In September, he called out Democrat senators on abortion.

Among the pro-abortion crowd are self-declared Catholics Bob Casey of Pennsylvania, Dick Durbin of Illinois and Tim Kaine of Virginia. Durbin was banned from receiving Holy Communion in his diocese of Springfield by Bp. Thomas Paprocki, in 2004.

Kaine was Hillary Clinton's running mate for the 2016 presidential election, and he embraced the Democrats' stance on abortion.

Sen. Tim Kaine, D-Va.: "You should live fully and with enthusiasm the commands of your faith, but it is not the role of the public servant to mandate that for everybody else."

Pennsylvanian pro-lifers have endured Bob Casey's constant flip-flopping on abortion issues. While claiming to be pro-life, he has repeatedly supported abortion legislation.

Both of Alaska's senators are Jesuit-educated Catholic Republicans, but only one has a consistently Catholic voting record.

National Right to Life rated Dan Sullivan at 100% pro-life, while Lisa Murkowski has claimed to be pro-life, despite supporting taxpayer funding of Planned Parenthood and voting against the Pain-Capable Unborn Child Protection Act.

Other senators on the list, like Hawaii's Mazie Hirono and Michigan's Gary Peters, received part of their education at Jesuit colleges. Their advocacy for abortion and LGBT ideology seem to fit hand in glove with the state of the Jesuit order today. 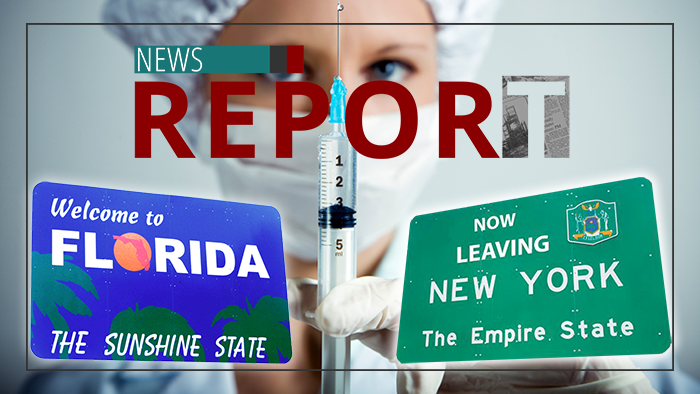 COVID Migration
What Americans are fleeing