Churches are reopening in Italy, and priests are being forced to give Holy Communion wearing latex gloves.

On May 7, the Italian bishops released a decree titled "Data Del Protocollo," where they outline the conditions for resuming public Masses, which began last Monday amid the Wuhan crisis.

The conditions include requirements like limiting attendance to 15 people and maintaining social distancing.

The document also comments on mandatory, clerical, personal-protective equipment, which includes both a mask and disposable rubber gloves — which typically after use are thrown in the trash following contact with an individual.

Regarding the Eucharist, receiving on the tongue is not forbidden, but Holy Communion, according to the protocol, can only be distributed after "the celebrant and any extraordinary minister have taken care of the hygiene of their hands and put on disposable gloves."

The move comes despite the Vatican liturgy chief, Cdl. Robert Sarah, speaking out against "desecration of the Eucharist."

Sarah commented on similar measures, like bagged Communion saying: "The Eucharist must be treated with faith. We cannot treat it as a trivial object. We are not in the supermarket. It's totally insane."

The United States Conference of Catholic Bishops explicitly banned the use of disposable gloves being used during Communion, saying in its official communiqué to U.S. bishops, "Holy Communion may not be distributed with gloves, nor may it be received in the hand if a member of the faithful is wearing gloves."

The "Data del Protocollo" guidelines are expected to expire on July 5, 2020.

What happens after that date has not been announced — whether priests in Italy will continue to distribute Holy Communion in surgical gloves, or not. 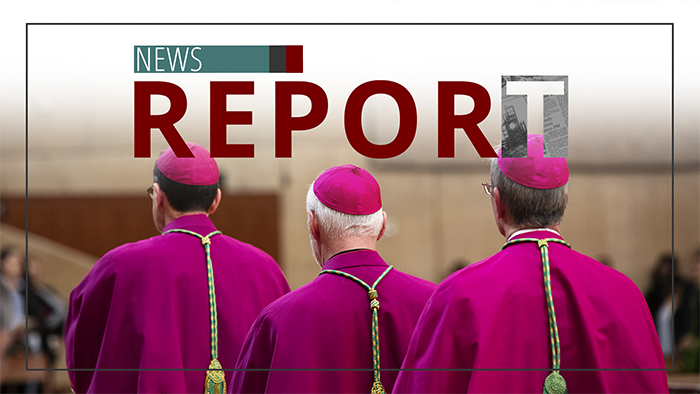