Yet another abuse scandal is plaguing the Legionaries of Christ.

Father Fernando Martínez Suárez, a priest in the religious order, was defrocked last week after complaints that he assaulted and raped girls as young as six at a school in Cancun, Mexico in the early 1990s.

The Legionaries of Christ announced Monday they will be investigating the cover-up that allowed Martinez to go unpunished.

Allegations came to light back in May, when television host Ana Lucia Salazar came forward saying Martinez abused her when she was 8.

At the time, victims' parents complained to the order about Martinez's behavior. But his superiors' response was to transfer him to a seminary in Spain.

This is just the latest in a long, sordid list of abuse allegations implicating the Legionaries.

The Legionaries' founder, Marcial Maciel, allegedly abused at least 60 minors and had mistresses throughout the Americas, fathering multiple children.

Maciel finally stepped down in 2006, and was disciplined by the Vatican.

In 2010, Pope Benedict XVI began an overhaul to restructure the order. But with the newest abuse scandal, some are questioning whether the overhaul went far enough to end the Legionaries' culture of cover-up. 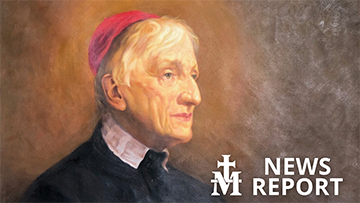