West Virginia senator Joe Manchin is one of the Democrats who raised red flags over Chipman's aggressive stance on gun control — opposing his nomination. Chipman is the second of Biden's major nominees shot down by Manchin. Earlier this year, the senator opposed left-winger Neera Tanden for running the Office of Management and Budget.

Manchin, a Catholic and member of the NRA, describes himself as a conservative Democrat.

Now the U.S. Senate is split 50-50 across party lines, Manchin holds the unique ability to thwart Biden's progressive policymaking, tipping the scale with his vote.

Manchin has consistently resisted the Left's sweeping election overhaul bill HR1, the so-called "For the People Act" that would expand voting for criminals and further undermine election integrity. He warned, "We risk further dividing and destroying the republic we swore to protect and defend as elected officials."

The moderate senator also defends the Senate filibuster, a safeguard for the minority party.

Manchin: "I will not be the 50th Democrat voting to end that filibuster or to basically stack the court. ... All this socialism, that's not who we are as a Democratic Party."

Manchin's decision is currently preventing Biden from steamrolling his leftist wish list through Congress and packing the U.S. Supreme Court with liberals.

Manchin infuriated fellow Democrats by voting to confirm Catholic Trump nominee Brett Kavanaugh to the Supreme Court in 2018. Last year, he voted against Catholic Amy Coney Barrett — calling her nomination to the court rushed — but slammed the Left for attacking her Faith.

While Manchin himself identifies as pro-life, he hasn't always resisted the Party of Death's relentless abortion campaign. Manchin's moderate voice remains an enigma to both parties and a thorn in the side of fake Catholic Joe Biden. 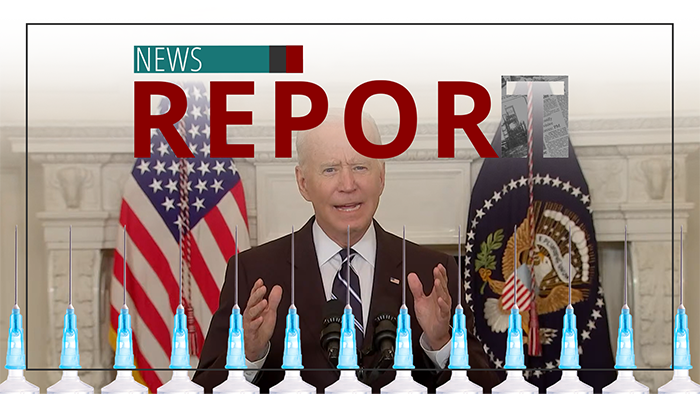