From Catholic schoolteachers and health care professionals to first responders and clerics, experimental jab mandates are causing turmoil nationwide. Workers in different states are losing their jobs while others are on the verge of termination, leaving some companies scrambling to keep workers while placating Uncle Sam. In tonight's In-Depth Report, Church Militant's William Mahoney speaks with some of those who have been impacted by this.

Since Biden uttered those ominous words in September, the federal government, some state governments and even many bishops have intensified so-called vaccine mandates. So far, these draconian dictates have resulted in job loss and widespread confusion.

For example, St. Paul School in Westerville, Ohio recently hosted a clinic to encourage children ages 5 to 11 to get jabbed. Just prior to the event, one of the preschool teachers wrote the pastor, Fr. Jonathan Wilson ― copying the principal ― to detail her well-researched concerns.

I sent the letter on the 13th. Five days later, I'm called into an office and told to leave immediately and not given a clear answer on why. I'm being terminated, and yeah, so, it was almost as if I had done some terrible thing because I wasn't even able to say goodbye to the kids. It was immediate.

The school is under Columbus bishop Robert Brennan, and so there's likely no recourse for Hartley.

Bp. Robert Brennan: "As your bishop, I want to encourage you strongly to consider getting vaccinated."

One nurse practitioner at a subacute rehab and long-term care facility in the Garden State is on the verge of termination come the governor's quickly approaching deadline.

With workers bailing, the owners of the company are worried about how they'll provide care for the patients.

Meanwhile, like Bp. Brennan, many other bishops are encouraging the jab, even ones some consider more solid, like Providence bishop Thomas Tobin.

Bp. Thomas Tobin: "Medically and morally, it's important for people to be vaccinated."

Fr. Kalchik: "I filed a recourse on Oct. 1 of this year with the congregation for the clerics. This recourse specifically challenges the bishops that are pushing the jab."

As priests and prelates are not medical experts, it's becoming ever more clear "follow the science" is just a slogan to push an agenda. The question is: What exactly is the agenda?

Bishop Brennan is heading to the East Coast, where he will be installed at the end of the month as the bishop of Brooklyn. 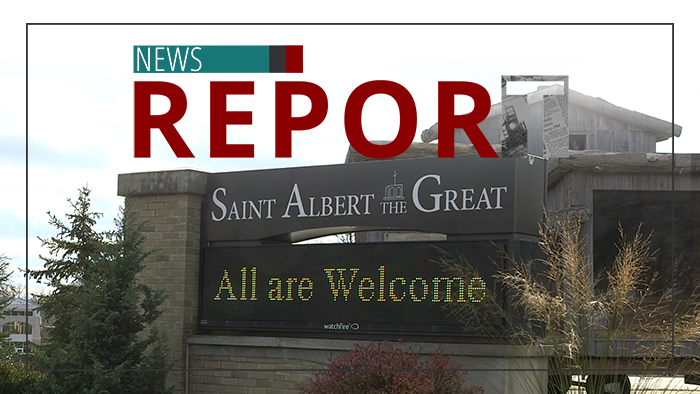