The avoidance of commitment and parenthood is concerning to Victor Davis Hanson of Hoover Institution and Tucker Carlson of Fox News.

The fear Hanson articulated Thursday night on Carlson’s show is that America is not having enough babies, and is at its lowest birth rate in over 40 years.

Victor Davis Hanson: "Our crisis right now is that we're not reproducing ourselves."

Carlson framed the question taking into consideration the mentality that encompasses our anti-life culture.

Tucker Carlson: "Do you find it interesting that they are so offended by fertility and nature and that people reproduce and that's OK? You know, that we men and women come together and create new life. Like the whole thing is repulsive to them. Why is that?"

The problem is twofold, mentioned Hanson. The first is fear of adulthood.

Hanson: "We're suffering from, what, prolonged adolescence. These children, they have adult bodies but they have the minds of children. They don't want to grow up."

Hanson gives a high-profile example of this.

Hanson: "AOC is a good example of a person who's suffering from prolonged adolescence. She said she doesn't want to have children because of climate change."

The second problem, however, is legitimate. The economy and student debt has made permanent commitment especially challenging today.

Hanson: "I don't know if it's because of $1.7 trillion in student debt or the economy, but they just don’t want to take off their training wheels and go out and experience life in its adventures and dangers."

What the pair didn’t explore is the causal relationship between feminism and the reshaping of the economy. In past generations, it took one income to marry young and have a family. Many could buy a house with several children on one blue-collar income.

Hanson: "The age when people are getting married, having children, buying a home, buying a house has gone from mid-20s to mid-30s."

But since the contraception revolution neutered women and sterilized couples, women were led into the workplace to find their fulfillment. This gradually reshaped the economy and made the two-income family a necessity for many, contributing to the breakdown of the family.

Hanson: "It started with the feminist movement. That they felt that impaired a woman's future."

Contraception also reshaped the sexual landscape, separating sex from children and sex from marriage. It created a fornication culture that cheapened marriage and made permanent commitment expendable.

With economic and sexual politics weaponized against marriage and the family, it's no surprise American society is dying a slow death. 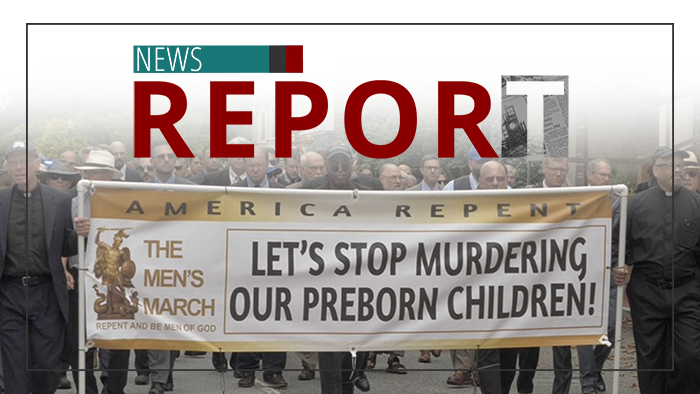 The Men’s March
'Where have all the good men gone?'