Pope Francis picks yet another pro-sodomy leftist to head a U.S. diocese, continuing a frightening pattern.

Church Militant's Rodney Pelletier uncovers how Bp. John Dolan is about as bad as it gets.

Phoenix's 1.2 million Catholics are getting a new bishop, a member of San Diego's lavender mafia. In 2017, Dolan was appointed pastor of San Diego's St. John the Evangelist parish by then-Bp. Robert McElroy.

McElroy assigned Dolan to the parish after removing its faithful pastor, making it a haven for pro-sodomy propaganda. Following this, Pope Francis appointed Dolan as McElroy's auxiliary bishop.

Dolan continued his public support of sodomy by having a Mass at St. John's, to commemorate the 20th anniversary of a disastrous pro-gay U.S. bishops' document, "Always Our Children."

Upon the document's original release, both the Vatican's Congregation for the Doctrine of the Faith and faithful bishops slammed it as "doctrinally troublesome."

The then-bishop of Lincoln, Nebraska, Fabian Bruskewitz, described it as a "calamity and frightening disaster" and asserted that "this document carries no weight or authority for Catholics, whom I would advise to ignore or oppose it."

In 2018, Dolan pushed Democrat talking points on illegal immigration by participating in a politically-motivated border Mass between California and Mexico. Dolan continued his sodomy advocacy in 2021, signing a document affirming so-called LGBT youth in their broken identity.

That same year, Dolan also added his name to the list of U.S. bishops supporting the distribution of Holy Communion to Catholic politicians who openly oppose Church teaching.

Dolan is replacing conservative Phoenix bishop Thomas Olmsted, now 75, who submitted his mandatory resignation to Pope Francis in January. Olmsted has been a staunch supporter of Church teaching, especially with his "Into the Breach" program, calling men to be faithful Catholics.

He also supported Abp. Carlo Viganò's 2018 testimony that named Cardinal-elect McElroy as a member of the lavender mafia and one who knew about now-disgraced Theodore McCarrick's sodomite predation.

Most of Pope Francis' episcopal appointments have been discouraging to faithful Catholics, who continue to clamor, "How long, O Lord, How long."

In 2016, abuse expert Richard Sipe informed McElroy about McCarrick's homosexual predation, but McElroy did nothing. Yet Pope Francis, who also is said to have known about the abuse, recently made him a cardinal. 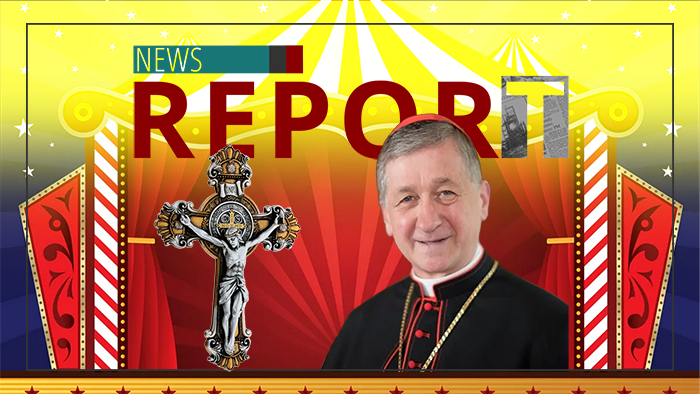