Following a resounding victory for grassroots candidates in Michigan less than two weeks ago, the family squabble between establishment and America First Republicans has turned into an embarrassing brawl on the front lawn.

In tonight's In-Depth Report, Church Militant's Kristine Christlieb details where the battle lines are drawn in Michigan and across the nation.

Michigan delegates, many of them brand new to the political process, refused to toe the Republican establishment party line and instead voted for their heroes.

Marian Sheridan, Grassroots vice chairman, Michigan Republican Party: "I think we're at the point where the voters are going to spit out the lukewarm candidates, and they are now going to go to the candidates who speak to their heart."

Kristina Karamo, Republican candidate for secretary of state [in a October 2021 speech]: "We are constantly being told that this is the most secure election in U.S. history. Then prove it!"

Kristina Karamo won easily, with 67% of the delegates in the first round of voting for secretary of state. After two rounds of voting, Matt DePerno defeated RINO favorite Tom Leonard in the attorney general's race, leaving the Republican establishment to contemplate their mortality.

Sheridan: "While they're not very happy about it, the grassroots and the everyday citizens are ready to carry these candidates on their shoulders."

Michigan's Republican establishment left the Grand Rapids convention center plotting to get even.

Sheridan: "They are refusing to acknowledge or get behind Matt DePerno and Kristina Karamo. They are all about unity if their candidates win, but, once that doesn't happen, they're not so much."

The line in the sand is President Trump and the 2020 election fraud, which Matt DePerno battled almost singlehandedly, putting Antrim County, Michigan, on the political map.

Sheridan: "I think so much of this comes down to President Trump and people in the establishment not happy that he was our president in 2016 and quite happy that in 2020 the election — and I say that tongue in cheek — the election was given to Joe Biden."

The RINOs don't want to talk about the 2020 election.

Sheridan: "The public is very aware of the ballot harvesting that took place in Wisconsin. And they're just not going to tolerate people sitting back and just saying, 'Let's move on. Don't look at 2020. We're just going to move on and focus on future elections.'"

Elections come down to who can turn out the vote, but money is also important. Can the nation's patriots use their numbers to overwhelm the RINO dollars? That's the question.

Sheridan also told Church Militant the Wisconsin GOP is in an "all-out war" over the state's independent investigation of election fraud. 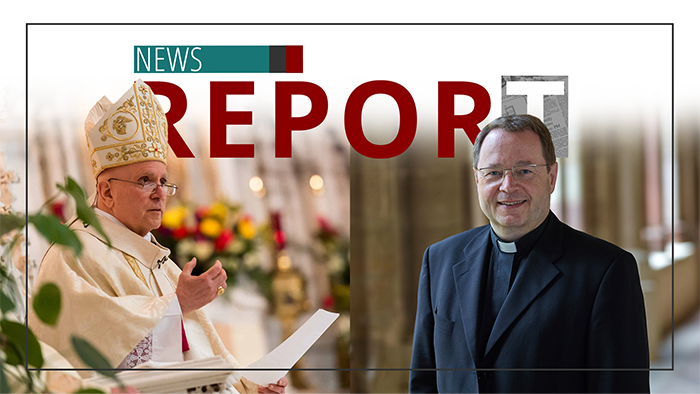 Not the Faith’s Fault
US prelate slams German bishops