Modernist composer's music out of churches

A Minnesota archbishop is cutting ties with a church composer accused of sexual abuse and harassment over a span of 30 years.

Modernist liturgical music writer David Haas' alleged past now seems to have caught up with him as he is being canceled by his home archdiocese of Saint Paul and Minneapolis.

Last week the archdiocese declared he's not permitted to give presentations or concerts on archdiocesan property and his compositions are not allowed to be performed in any of the parishes.

Haas is celebrated for his modernist Church music performed in parishes across the country. But multiple accusations were published by sex abuse victim advocacy organization Into Account — alleging "spiritual manipulation," "grooming vulnerable victims" and "outright sexual battery involving groping, forcible kissing and aggressive, lewd propositions." So far, Haas' victims have all been adults.

Haas slammed the group on June 16, denying the allegations as "reckless and offensive," calling them "a marketing effort with the mission to destroy his reputation and livelihood."

But last week, in a massive about-face, he released another statement saying, "I have come to realize that I have caused great harm to a variety of people. I make no excuses for any harm that I may have caused. I take responsibility for my behavior and I am truly sorry."

Victims claim they informed priests and other Catholic officials about Haas' alleged predation, but like many sex abuse claims, they went unanswered. 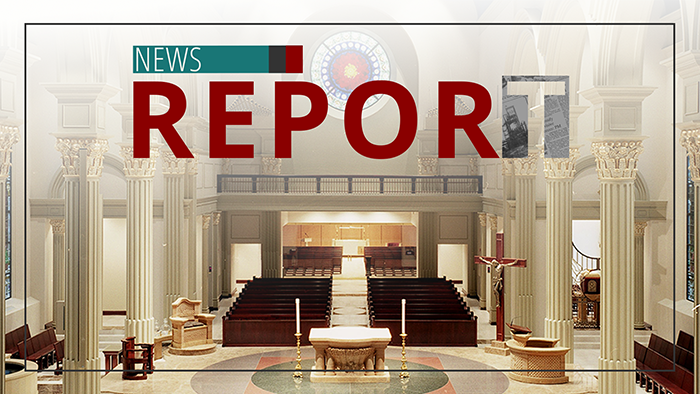