A relatively small diocese is paying out a rather large sum for clergy sex abuse. Minnesota's Winona-Rochester diocese filed a reorganization plan in U.S. bankruptcy court on Tuesday, which includes a $28 million settlement between victims of abuse, the diocese and insurance carriers.

The diocese will fund roughly $21.5 million while insurance will cover an additional $6.5 million. Winona-Rochester is the only diocese in the state yet to settle claims from nearly 150 alleged victims of abuse under the Minnesota Child Victims Act.

Attorney Elin Lindstrom: "In 2013, the Minnesota Legislature passed the Minnesota Child Victims Act, giving victims until May 25, 2016 to bring claims for the abuse they suffered as a child."

Now, almost five years later, Winona-Rochester is also the only diocese in the state still in bankruptcy. The diocese filed bankruptcy in November 2018 after bombshell revelations over the summer on disgraced homosexual pederast Theodore McCarrick and Abp. Carlo Viganò's reports on Church corruption from the top down.

One of the most corrupt American prelates to infiltrate the Church was Chicago cardinal Joseph Bernardin. Bernardin (along with some of his corrupt peers) was named in various lawsuits that poured into the Windy City, based on charges from former seminarians in Winona.

They revealed that Bernardin, when archbishop of Cincinnati, used to travel to Winona's Immaculate Heart of Mary Seminary to engage in homosexual acts with them — involving satanic rituals.

The plan, which awaits bankruptcy court's approval, does not include one of the insurance companies — U.S. Fire Insurance Company, or "U.S. Fire." 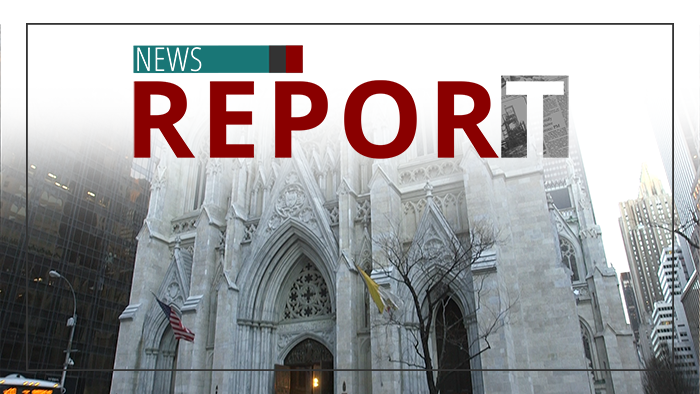