Gathering on Friday between the Gateway Arch and the Old Courthouse in downtown St. Louis, Missouri pro-lifers are making it official: Missouri is the nation's first abortion-free state.

Speaking on behalf of Defenders of the Unborn, John Ryan expresses the state's pride.

"In no other state in the union is anyone standing on their soil and able to say what we're able to say — that Missouri is abortion-free," he told the group.

St. Louis' Planned Parenthood, however, is denying the claim, going so far as to post a banner on the side of its building saying it's "Still Here."

But pro-life activists aren't waiting for the abortion giant to give them permission to declare the state abortion-free.

Ryan: "Of course, in the Post Dispatch, they actually admitted — if you read the article — they were bragging about killing kids into November of last year and none since. So we now know, by their own admission, that Missouri has been abortion-free since at least November of last year."

After a bitter court battle in 2019, Planned Parenthood managed to have its license to perform surgical abortions extended in St. Louis, but it has effectively shut down its operations and moved them across the river to its regional abortion hub in Illinois.

He told the assembled group, primarily Catholics, with whom the responsibility for abortion lies:

The state's legislative pro-life champion is state Sen. Mike Moon. He puts the crowd on notice that the battle continues.

"And this is a great day to celebrate the end of surgical abortion in Missouri, but as Lexie just said, 'It ain't over' because we still have chemical abortion going on," Moon warned.

While pro-lifers are rejoicing in their recent victory over Planned Parenthood, they know the war on prenatal life is far from over. 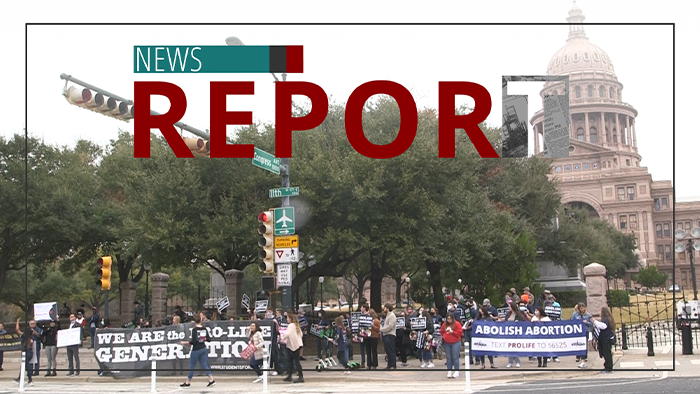