No Parole for Predator Priest

The destructive ripple effect caused by a predator priest is immense. While one child-molesting priest in Louisiana is still behind bars after being denied parole yesterday, his crime — coupled with the diocese's callousness — continues to wreak havoc. Church Militant's William Mahoney has more from some of the victim's family.

Alex Peyton was happy Fr. Michael Guidry, who molested his brother Oliver, was denied parole on Tuesday. Alex has been seeing a therapist since he learned of the abuse. He compared a predator to a suicide bomber to help people understand the impact of sexual predation.

In addition to Guidry's crime, the Lafayette diocese's response has been cold and calculated. For example, Oliver Peyton's father, Scott — a deacon in the diocese — asked for time away from ministry to reflect.

Since doing so, they've removed me from the prayer list, they've taken me off the deacon directory, and I've had little to no interactions with the head of the diaconate. That's been a very disappointing part, that my brother deacons and other priests have, you know — the number that have supported our family have been very limited.

During the parole hearing, Guidry admitted he has not participated in any of the rehabilitation programs but as a priest continues to counsel people spiritually.

Fr. Michael Guidry: "They know I'm a priest [so] sometimes people will come talk to me about spiritual things ― their own spirituality."

But while the diocese has done nothing to laicize Fr. Guidry, it's done everything to erase Deacon Peyton — something Oliver's mother, Letitia Peyton, lamented since it compounds the distress.

Letitia Peyton: "Guidry's sitting there saying, that, you know, all he's doing as a priest, hearing people coming to him in prison for spiritual matters. And yet here's my husband, who hasn't committed any crimes. He's not in jail. And they're literally — what do they want for him?"

The diocese was paying for Alex Peyton's therapy until the lawsuit was settled.

Right after they were done with mediation, the next morning at 6 a.m. they called to cancel my counseling. And like I said, I understand my counseling had to be canceled. But it shows that, you know, of all things that aren't on their mind like protecting children, cutting me off was pretty high up there apparently.

Guidry and his attorney tried to paint the picture of a feeble old man with medical issues who would not be able to reoffend if sent to a nursing home. There was no demonstration of sorrow for his crime — which was the main reason the parole board denied him.

Father Michael Guidry will remain behind bars for molesting a 16-year-old boy. He committed his crime here at the Church of St. Peter the Apostle, the first pope — who, unlike Guidry, was remorseful for his sin. 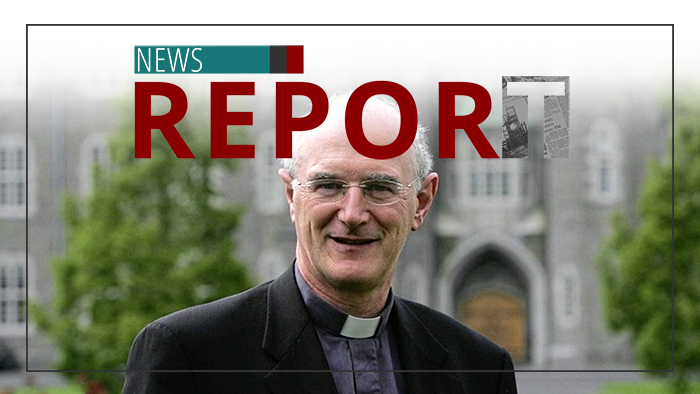