A former Irish seminarian called it quits after seminary formators continually harassed him for being Catholic.

I spoke with that former seminarian earlier this week. In tonight's In-Depth Report, we break down the main takeaways from that conversation.

Former seminarian: "If I go back to the seminary, how do I know I'm not going to go through another horrible experience like this?"

This ex-seminarian, who requested anonymity, was pursuing a vocation for his home diocese in Ireland.

His bishop sent him to study at The Royal [and pontifical] English College of Saint Alban in the city of Valladolid in Spain.

The college's rector, Fr. Paul Farrer, was described in a 2016 article as a "popular priest." But he was not so popular with orthodox seminarians at The Royal English College. Seminary officials led by Fr. Farrer hassled more traditional students.

During one assessment meeting, the former seminarian from Ireland recalls being drilled for his conservative views.

He recounts being chided with insults and accusations, like he was barely Christian.

Former seminarian: "Basically, they said that I was very hateful ― like some of the things I said like, 'A homosexual can't be ordained,' for example."

What seminary staff viewed as "hateful" is the ordinary magisterial teaching of the Church, which the Holy See clarified in 2005 in a document Pope Benedict XVI approved and ordered published.

Composed by the Congregation for Education, the document asserts "the Church, while profoundly respecting the persons in question, cannot admit to the seminary or to Holy Orders those who practice homosexuality, present deep-seated homosexual tendencies or support the so-called gay culture."

The rough treatment and manipulation had the former seminarian's head spinning until he finally called it quits.

He filed a formal complaint with the Bishops' Conference of England and Wales, which oversees The Royal College.

Former seminarian: "The Bishops' Conference of England and Wales were [sic] very good. They handled it well; they handled it very professionally, very thoroughly, I think."

The bishops' conference informed the ex-seminarian Fr. Farrer was ending his term at the college and returning to his home diocese of Middlesbrough [in England].

Church Militant was unable to confirm Fr. Farrer is actually back in Middlesbrough as of this report.

As of this afternoon, Fr. Farrer is still listed as the rector of the seminary on The Royal English College's official website. 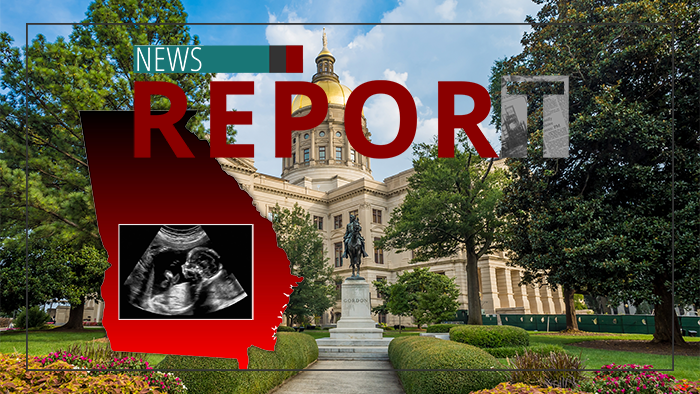 Abortion on the Ballot: Georgia
Fighting for life in the Peach State