The U.S. bishops conference, USCCB, now has six new committee chairmen. Yesterday, the bishops considered 12 nominees for the conference's committees, choosing six to lead functions ranging from budget and finance to migration. Church Militant's William Mahoney has more on the winners, who are mostly losers.

Checchio blesses a so-called "LGBTQ faith-sharing group" in the diocese and once invited pro-gay Jesuit James Martin to his residence for what Martin called "a wonderful discussion."

As rector of the North American College seminary in Rome, Checchio recommended for Holy Orders homosexuals and men like Sacramento's excommunicated priest Jeremy Leatherby, who preyed on married women.

Boyea is reported to favor the homosexual network in the Church.

He's been accused of cover-up, and one alleged clergy sex abuse victim, in 2019, even called for the prelate's resignation.

Lopes is considered by many to be orthodox.

He's the first bishop of the Ordinariate, a structure Pope Benedict XVI established in 2012 to bring former Anglicans into the Catholic Church.

In 2020, one whistleblower priest in the Ukranian chancery accused Gudziak of lying about immigration and backing the homosexual agenda at a Catholic university in Ukraine.

In 2019, Notre Dame awarded Gudziak for his work in Ukraine.

Barron contradicts Our Lord's own words, falsely teaching Jesus is only the "privileged way" to Heaven and vainly speculating Hell could be empty.

One retired LAPD officer who's tried to work with the prelate spoke to Church Militant, calling Barron "a phony."

Seitz peddles everything from the Marxist group Black Lives Matter to the political Left's climate-change narrative.

He is a vociferous supporter of open borders and established an experimental jab mandate for all diocesan employees.

With the possible exception of Bp. Steven Lopes, the new appointments show the bishops will not be accompanying faithful Catholics anytime soon. 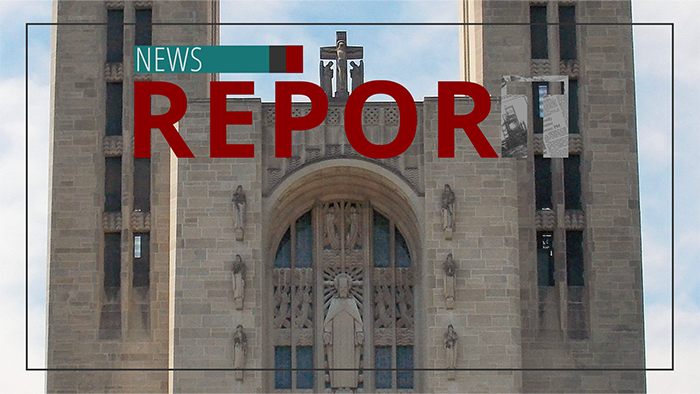 First Among Equals
The rise and fall of Baltimore