LGBT travel guides have identified the U.S. territory of Puerto Rico as the top gay-friendly destination in the Caribbean.

The Catholic prelate made headlines after tweeting — then deleting — a Bad Bunny concert video clip. He praised the impure musician's "impeccable" personal life.

It's just another example of the way on-the-ground sources say González, an American from New York and a Cdl. Bernard Law-consecrated bishop, is using his position to insert the LGBT agenda into parish life.

His most public LGBT collaboration is an initiative called "One Flock," recently promoted on Puerto Rico's official Catholic television channel.

While González is aggressively promoting homosexualist Fr. James Martin's agenda to his flock, Spanish language press is saying he had a leading role in the firing of Arecibo's faithful bishop, Daniel Fernández Torres.

The pontiff didn't provide a reason, but Church progressives say Torres was dismissed because he had not been obedient to the pope and had not been in sufficient communion with his fellow Puerto Rican bishops.

Translation: Torres refused to send his seminarians to a new, Vatican-approved seminary and he supported Catholics who were refusing the so-called COVID vaccine.

While some Vatican front men promote compassion and mercy for practicing homosexuals, they have little tolerance for bishops promoting the Faith.

Earlier this week, Abp. González apologized for his laudatory comments about Bad Bunny, saying "it's not easy" to accompany young Catholics who follow the pop star. 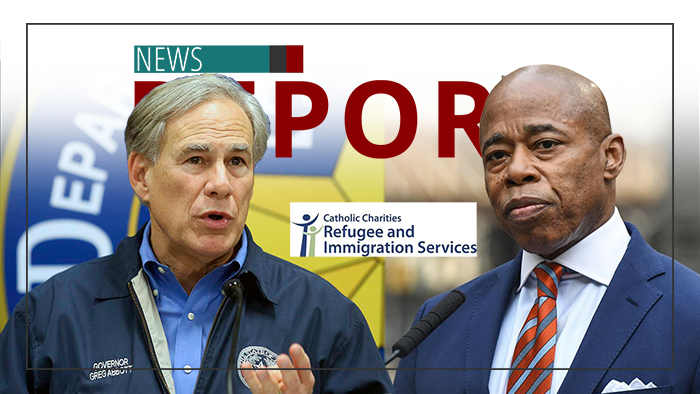 Invasion Hypocrisy Exposed
'Not in my backyard'