A day in the life of Ryan Kelley

Michigan Republican gubernatorial candidate Ryan Kelley has been on a political roller coaster.

Church Militant's Kristine Christlieb updates us on the latest loop de loop in his campaign.

Michiganders woke up on Thursday to learn a Detroit Free Press poll was putting Catholic candidate Ryan Kelley in the lead in the Republican primary race for governor.

Later on Thursday, the pack leader was appearing — via Zoom — in U.S. district court for the District of Columbia, where he entered a plea of not guilty to misdemeanor charges in connection with the events at the U.S. Capitol on Jan. 6, 2021.

The Department of Justice has prepared a 13-page so-called statement of facts to back its claims that Kelley:

Judge Robin Meriweather ordered Kelley to relinquish his passport and restricted his travel to the state of Michigan.

Over Kelley's lawyers' objections, the judge also ordered him to hand over his firearms.

The government's charges appear to have helped — rather than hurt — the Michigan patriot.

Ryan Kelley, gubernatorial candidate, R-Mich.: "Since I was arrested last week, the support has been tremendous. All across the state, people have reached out — phone, text message, writing letters to us and letting us know how much they support us. So that's been fantastic."

A few hours after his court appearance, Kelley attended a fundraiser where about 200 supporters enthusiastically greeted him and got fired up!

Kelley: "They're coming for all of us. We know that. And I tell you what, my friends, we are going to stand in their way."

Kelley will be back in court July 7, four weeks before the Aug. 2 primary. He hopes to win the chance to beat Democrat lockdown queen Gretchen Whitmer.

Kelley: "How much longer do we want Washington, D.C., meddling in the Michigan elections, determining who the governor of Michigan is?"

Grassroots candidates like Ryan Kelley have the momentum. The America First message is carrying the day.

The U.S. attorney who prosecuted America's Frontline Doctors' founder, Dr. Simone Gold, and got her sentenced to two months in prison for her participation in the Capitol protest is also prosecuting Kelley. 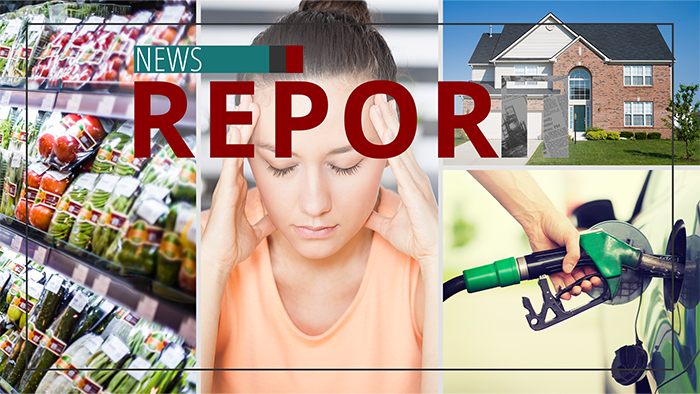