The errors of Dred Scott revisited

The U.S. Supreme Court is responsible for fairly interpreting the law and ensuring Americans' rights to life, liberty and the pursuit of happiness. Church Militant's Sam McCarthy examines the Court's past failures in this regard and its current chance to step up and fulfill its duty.

In 1856, the U.S. Supreme Court made a grave error in denying the humanity of a class of, well, humans. In Dred Scott v. John F.A. Sandford — a case commonly known as the Dred Scott decision — the Supreme Court held "a free negro of the African race, whose ancestors were brought to this country and sold as slaves, is not a citizen within the meaning of the Constitution of the United States."

Therefore, a Black man freed from slavery was denied the rights and privileges guaranteed to White citizens. Why? The "law of the land" supposedly demanded it.

In his opinion, Chief Justice Roger Taney wrote, "The Constitution of the United States recognizes slaves as property and pledges the federal government to protect it."

Yet we know now — and knew then — buying and selling other human beings as property is immoral. A later chief justice, Charles Hughes, called the Dred Scott decision the judicial system's "self-inflicted wound."

Today's Supreme Court has the opportunity to learn from the mistakes of Dred Scott. We know today — as we've known for ages — murdering babies is immoral. In Justice Harry Blackmun's opinion on Roe v. Wade, he admitted some legal scholars had considered abortion homicide as early as the 13th century.

But again, a fanciful misinterpretation of the Constitution reigned supreme, as the Court couched its decision to legalize abortion in supposed "rights to medical privacy," arguing those rights extend to a mother's private decision to kill her child.

In the 1992 case Planned Parenthood v. Casey, the Supreme Court crafted the "undue burden" standard, restricting the scope of laws protecting unborn children. Casey cloaked itself in precedent — in stare decisis — sanctimoniously upholding Roe and a woman's "right" to hire a doctor to butcher her baby.

Since the Roe ruling in 1973, over 62 million children have been murdered in the United States — dissected, sucked into vacuums and boiled alive in saline.

Today’s two-thirds-Catholic Supreme Court can either reverse the grossly immoral Roe ruling and its fetid judicial offspring or repeat the errors of Dred Scott and make facile constitutional arguments in blessing grave injustice against a whole class of humans.

If the Dred Scott decision was, as Justice Hughes put it, a "self-inflicted wound," then Roe and Casey were each a shotgun in the mouth.

Now is the Court's chance to do just that. 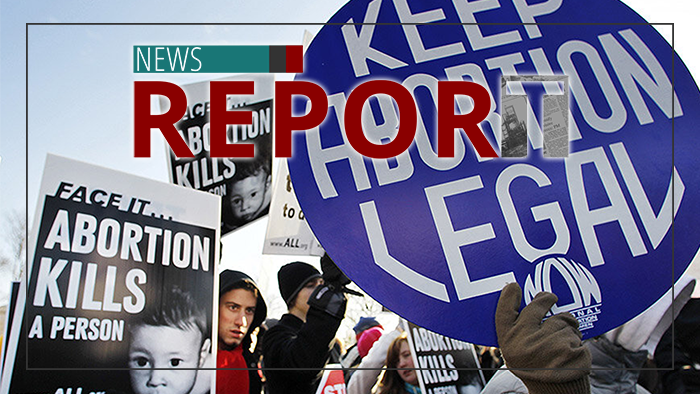