On the 48th anniversary of Roe v. Wade — what President Trump declared National Sanctity of Human Life Day — violators stormed into the church shouting pro-death chants as they marched toward the altar.

Bishop Robert Brennan was celebrating the Mass, dedicated to the protection of human life.

The interruption was short-lived — with security forcibly escorting the interlopers out — while they continued their obscenities while leaving the sacred space. Their hateful tirade ironically included shouts of  "This church teaches hate" and "Jesus hates you."

Their posters had Democrat talking points like "Fund abortion, not cops," and "Abortion on demand, end Hyde now." The Hyde Amendment keeps federal money from funding abortion in the United States.

Denouncing the demonstration, Catholic Arena, a website devoted to serving the Church, wrote, "This is Biden's America ... God help us."

Protesters continued harassing parishioners while walking to the statehouse to attend a gathering with Bp. Brennan and Bp. Edward Malesic of Cleveland.

Telling the crowd that the force of truth — not yelling — will win the argument, Malesic added: "The fundamental right to be alive is what allows us to love everyone."

Catholics are gearing up for more of these kinds of persecutions as the new Biden era of Democrat totalitarianism ramps up. 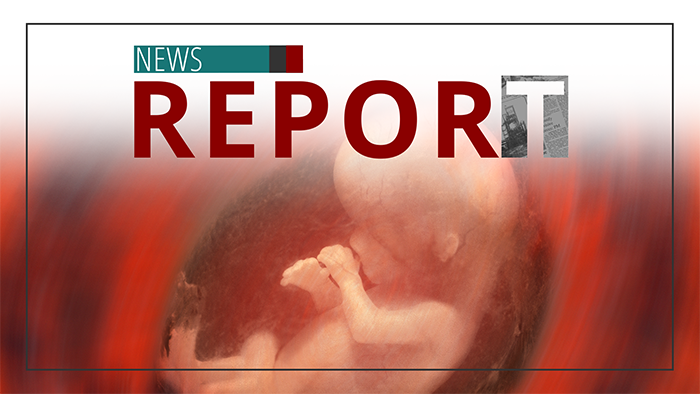 theVortex
Covering Up the Cover-Up
It all gets so complicated.
Headlines
February 26, 2021
Get briefed on today's top stories with Christine Niles.
Evening News
February 26, 2021
Hard-hitting news and analysis through an authentic Catholic lens.
theDownload
Leftist Death Cult
The Democrats' political platform built on murder.
Mic'D Up