"To be deep in history is to cease to be Protestant."

St. John Henry Newman's words have been active in the lives of three Protestants who have accepted truths of the Catholic faith.

The most well-known is Francis Chan, who though not yet converted, preached a sermon on the Real Presence that, so-far, has roughly 100,000 views on YouTube.

Chan said, "I didn't know that for the first 1,500 years of church history, everyone saw it as the literal body and blood of Christ, and it wasn't 'til 500 years ago that someone popularized a thought that it's just a symbol and nothing more."

Studying Church history made me rethink the beliefs I had.

A former Anglican bishop, Dr. Gavin Ashenden, earned international acclaim in 2017 after opposing the Koran being read at an Episcopal cathedral in Scotland, causing him to resign his royal chaplaincy to the Queen.

Dr. Ashenden was received into the Catholic Church in December. He thanks St. John Henry Newman and told Church Militant:

His experience informs ours that the Church of England is rooted in the values of secularized culture rather than the bedrock of biblical, apostolic and patristic tradition. Newman's experience charts the way to our proper ecclesial home which is built on the Petrine charism in our struggle for salvation and Heaven.

Indian pastor Sajith Joseph, founder of Grace Community Global that currently has 2 million followers, was received into the Catholic Church in December after researching history.

Sajith told CNA: "Studying Church history made me rethink the beliefs I had. Then ... the theological, doctrinal unity made me think secondly about Catholicism and Catholic theology. So, my theological convictions made me come back to Catholicism and the Catholic Church."

His family and almost 50 members converted with him.

Chan proclaimed, "but the Body itself needs to be back in the center of the Church."

At a time when just one-third of Catholics believe in the Real Presence, Protestants like Chan have something to teach those Catholics who do not believe. 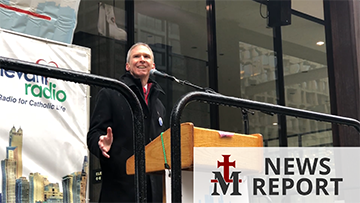 Dems Are Eating Their Own
And killing unborn babies