Liberals in the Pentagon are abandoning their duty to protect this nation, instead, focusing on so-called climate change and LGBT indoctrination. The same leaders who have failed to fight sexual assault in the ranks are now promoting sexual deviancy. Church Militant's Trey Blanton tackles the growing Marxist infiltration in the military.

Combat is a life-altering mission that affects everyone, even those with the greatest fortitude. The Pentagon, however, is lauding members of the LGBT community who decrease combat efficiency.

Adm. John Kirby: "He's [Secretary Lloyd Austin's] proud that one of his first actions, after being sworn in, was to implement President Biden's directive to ensure all transgender individuals who wish to serve and who can meet the appropriate standards to be able to do so openly and freely from discrimination."

Homosexuality and transgenderism are disorders that place the entire unit at risk. LGBT people still make up a large percentage of the population who contract the deadly AIDS virus which, in combat, can spread to others through contact with infected blood.

Service members are concerned by so-called woke training on accepting sexual deviancy and the millions being spent to combat climate change.

Texas Representative Dan Crenshaw and Arkansas Senator Tom Cotton are teaming up to provide military whistleblowers with a way to report liberal abuses. The Pentagon doesn't seem satisfied with that idea.

Kirby: "We respect their rights and their responsibilities. We certainly respect the oversight that Congress provides. I'm not going to comment on any specific, one initiative that members of Congress might be doing."

Liberals in the military believe diversifying will make the military stronger. Instead, they're filling the ranks with individuals prone to place themselves before the mission.

Marine Col. John Ripley warned Congress in 1993 about the effects of fostering homosexuality in the military, saying "[I]t is a perversion of God's law."

Congress clearly has not acted on this warning. 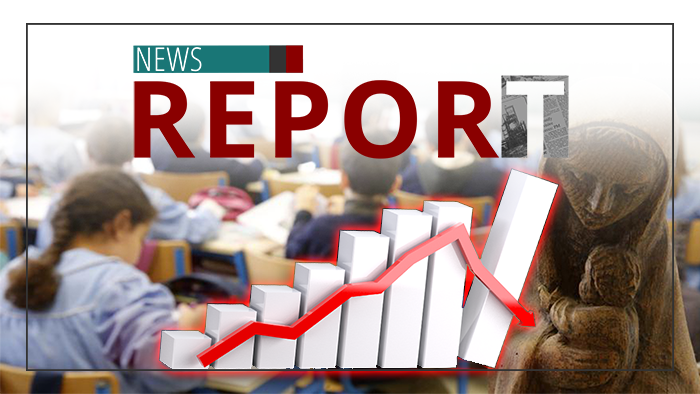 On the Front Burner
Catholic-education reformers fired up