Detroit Catholics are pleading to have their priest back.

Kay Marie Thomas: "And yet you see these effeminate, pansy priests prancing around their parishes with impunity!"

On a bright Sunday morning outside Blessed Sacrament Cathedral in Detroit, about two dozen locals gathered to prayerfully protest the sidelining of Father Eduard Perrone, falsely accused of raping an altar boy.

They were relegated to praying outside the gates, not allowed to approach the cathedral or even park their cars in the parking lot in order to attend Mass.

As security circled the block keeping an eye on protesters, Perrone's supporters prayed the Rosary.

Lynn Mills: "They don't want to reinstate him. That's the bottom line. Let's cut through the baloney ... ."

The scandal has led a number of Catholics to stop giving to the archdiocese.

Stacy Charette: "They wanted the rest of my money last year, and I sent it back, saying, 'Release our pastor and maybe I'll give more money.' This year they sent it, and I just ripped it up and threw it in the garbage."

Catherine Patterson: "I give to other charities that I know my money is going to the right causes."

Sean Clougherty: "I think they waste the money that they use. They don't do it for good causes."

Kay Marie Thomas: "We don't give anything to the diocese, not after them taking CSA funds — seriously? Our CSA funds, and using it to prosecute our pastor?"

Dennis Mullins: "People donate this money expecting it to be used for good, charitable organizations — and to use it for their own private interests is very, very bad."

One of Perrone’s parishioners had a very direct and emotional message for Abp. Allen Vigneron.

Stacy Charette: "We are suffering. We need our pastor back. You know that he's innocent; you know he's a good man. Please do the right thing and bring him back to us."

The archdiocese is sticking to its story that it can't reinstate Fr. Perrone until the Vatican makes a decision, even as the case appears to be collecting dust in archdiocesan offices. Meanwhile, supporters of Fr. Perrone are fed up, pleading with their archbishop to do the right thing, take the reins and lead. Until then, it appears Fr. Perrone will remain in limbo indefinitely. 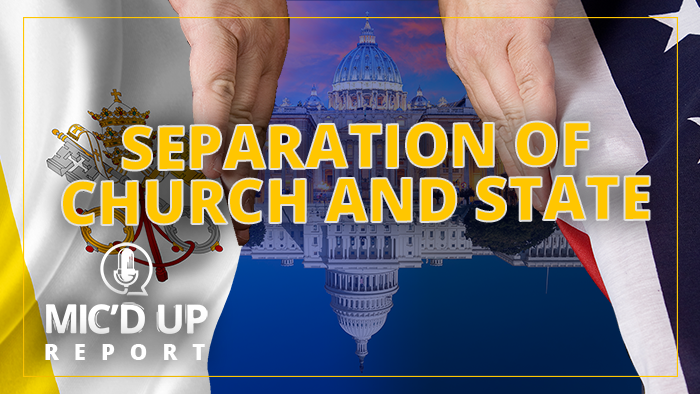 Separation of Church and State
A Catholic misunderstanding