Requiem for the Unborn

A Texas composer's decades-long musical dream is coming to fruition in Texas this week.

Musician Chris Bearer says he has been toying with the idea of composing a concert setting of a requiem Mass for almost 20 years.

He told Church Militant, "I knew the time was right. It had a purpose. The babies were crying out."

Bearer: "Last year, I realized the 50th anniversary of Roe v. Wade was coming up. And then the Dobbs decision came down and overturned it. And I thought this is the time. This is what this music is meant for."

Bearer says he has created his original production, written for choir and orchestra, in the tradition of Mozart, Verdi and Fauré.

Bearer: "The arc of the piece moves from mournful despair to triumphant hope."

The 45-minute concert, divided into eight movements, begins with what Bearer calls "the heartbeat theme."

At the project's website, a promotional video gives viewers a sneak peek into the Bearer's stunning orchestral rendition of a preborn baby's heartbeat.

The composer shared with Church Militant clips of his choir rehearsing — sans orchestra — the last movement "In Paradisum."

It draws inspiration from Gregorian chant melodies with the choir singing in Latin, "May the angels lead you into paradise."

At the start of the entire concert is an original piece called "Salutations to the Sacred Heart" by Adam Vincent Clay, another Texas musician.

Adam Vincent Clay, U.S. composer: "This is where change happens. It's in the heart. ... the 'Salutations to the Sacred Heart' ... is a plea to the Heart of Christ to conform our hearts with His."

Both Bearer and Clay see their roles as artists as a way to bring Catholic values to the wider culture and bring attention to the horror of abortion.

Requiem for the Unborn will premiere at St. Thomas More Church, located on Hillcroft Street in Houston, at 7 p.m. this Friday, Jan. 27th.

It is free and open to the public.

Viewers can get more information and view a live stream of the event at requiemfortheunborn.org. 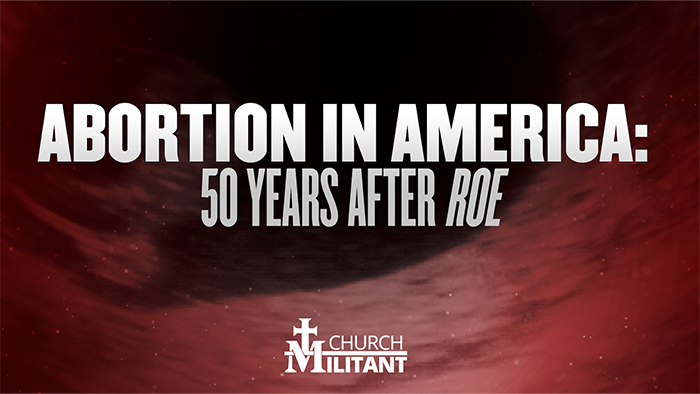 Abortion in America
50 years after Roe