The battle between parents and school boards continues in full swing. One parent in Virginia triggered the alphabet soup club and the Department of Justice ("DOJ") to use intimidation tactics to silence good parents. Church Militant's William Mahoney spoke with her, a devout Catholic mother of six.

Stacy Langton: "I've done interviews with other press outlets, which say, 'You know, we're having a hard time reporting this story because we can't show this material.'"

Two weeks ago, Stacy Langton went viral for challenging the Fairfax County School Board over two books containing explicit homosexual pornography involving minors. The school board pulled the books — Gender Queer and Lawn Boy — triggering the alphabet mafia, who showed up to last night's Fairfax School Board meeting, calling Langton a "liar," while themselves lying about the content of the books.

There were several who stood up and just blatantly said, "There is nothing pornographic in these books." It's like roll the tape. Show the images. ... It started to get a little bit unruly in the room because, by the end, the crowd was beginning to chant "Show the images! Show the images!"

The pornographic nature of the books is obvious, especially considering federal regulations forbid media outlets from showing this material.

Despite all this, the so-called Pride Liberation Project — comprised of students — is pushing for the books to be returned, calling Langton "homophobic."

Langton: "Well, it's not homophobia. And I keep saying that. I said from the beginning that I would have showed up and said everything I said, the way I said it, if I had found heterosexual pornography."

Earlier this week, Langton triggered the DOJ, something she explained was scary, since the government is, in effect, threatening to go after parents.

As if this weren't enough, Langton even had a run-in this week with Twitter.

Langton: "My account was suspended from Twitter 30 minutes after I filed the police report. The last tweet I made, I said, 'Hey, @FBI, do you think you could look into this problem of pornography at my child's school? Thanks."

Langton never expected this story to go viral or to have to face threats from her own government, which she admits can be frightening. But despite the Left's coordinated attack, Langton will continue to defend her children from wolves, an example of true courage.

Langton also expressed surprise, telling Church Militant it is the only Catholic media outlet to contact her. 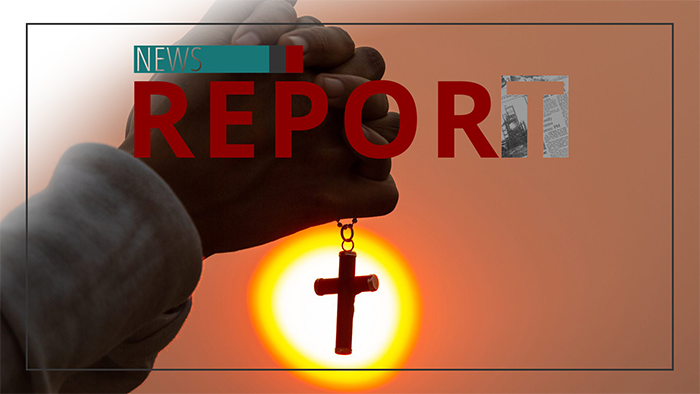