Sending faithful priests to 'the farm'

Rockford Illinois' bishop, David Malloy, has a history of ousting traditional priests. His latest victim is Fr. James Parker, pastor of Holy Cross in Batavia. Now, the bishop is apparently trying to regain control of the narrative. But Church Militant's William Mahoney has the latest facts — and information on money in a diocesan account that's raising eyebrows.

Supporters gathered again outside the cathedral yesterday to support their faithful priest sidelined by the bishop.

In response to the first wave of supporters, who held a Rosary rally last Tuesday, Bp. David Malloy released a statement on Memorial Day, claiming to clarify his treatment of Fr. James Parker.

But one source in the diocese explained Bp. Malloy's statement contains lies and is nothing other than his attempt to regain control of the narrative.

Holy Cross Parishioner: "I don't think he's telling the truth; it's very apparent. He has a history of being dishonest with several priests, especially traditional priests within the diocese."

And Fr. Parker himself, in the interest of truth, responded to Bp. Malloy's statement with some clarifications of his own.

Bp. Malloy: "We too must accept instruction from Jesus and repent of any evil speech or action — any bad attitude or inaction."

The bishop claimed Fr. Parker's six-year term as pastor was complete, but Fr. Parker's appointment letter mentions nothing about a term limit, and he's never heard anything about such limits.

The bishop claimed Fr. Parker declined an offer of diocesan residence, but Fr. Parker was never provided with such an offer. He was only told he could not stay in any rectory of the diocese.

Video: "Please, help us to bear much fruit with your generous donation to the 2021 diocesean appeal."

In 2018, Holy Cross launched a campus expansion campaign. Raising somewhere near $4 million, the expansion was to occur in three phases, but after some work on the church, the diocese began claiming COVID and other matters required it needed to halt spending.

Bp. Malloy: "Thanks again to all of you, the Catholic faithful, who've endured the restrictions and remained so faithful in prayer."

The campaign money raised was sitting in a diocesan account, which one source explained, collects around 3–4% interest.

Another source connected to the expansion campaign told Church Militant, "Cardinal Cupich (of Chicago), and his goons came out to the Rockford diocese and instructed them directly to hold onto the funds raised for the Holy Cross capital campaign."

Father Parker is not an isolated case. Somewhere in the vicinity of 20 priests have been sidelined from ministry under Malloy, being sent to what many in the diocese call "the farm" [Malloy's canonical limbo for ousted priests].

Supportive of Fr. Parker and tired of the bishop's chicanery, many sources are coming forward with information. Church Militant will continue to give updates. 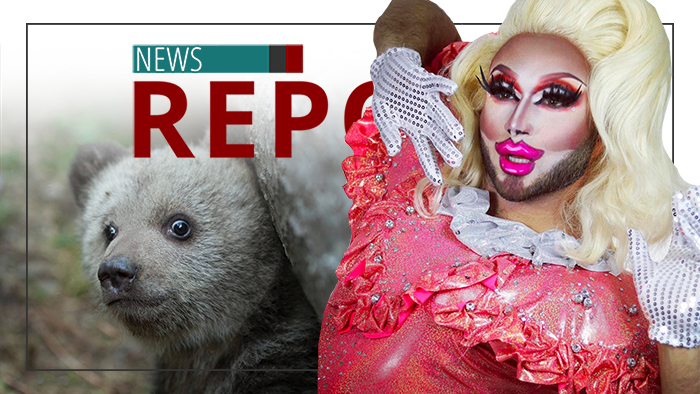