Protestors gathered outside the city's Cathedral Basilica on Monday while survivors from Springfield, Massachusetts, Rozanski's former diocese, are warning Catholics in St. Louis of the cleric's history of delay tactics.

Olan Horne, who is a survivor advocate and is himself a sex abuse victim, has firsthand experience with Rozanski while he was bishop of Springfield.

He says Pope Francis should not have elevated the cleric to his new post: "Bishop Rozanski has no right going to St. Louis when he has left such spilt milk here in Springfield. These cases are still not resolved."

In 2014, a man came forward saying Weldon and two other priests sexually abused him. A special investigation by Rozanski into the allegations described the abuse as "horrific."

One of the other priests involved in the abuse was later tied to the death of a 13-year-old. The case was detailed in the 2018 book, Death of an Altar Boy.

Horne became involved in the Weldon case because the victim came to him for help.

The case had been under consideration and deemed credible but after five years had not been resolved.

Horne says Rozanski's strategy all along has been to slow-walk cases: "He has stonewalled us at every single juncture in every single case we have brought to him over six years."

Horne, who has collected hundreds of emails and meeting transcripts, believes Rozanski was involved in a criminal cover-up and has called for an investigation: "You're getting a criminal on the lam."

Horne is telling St. Louis Catholics to be prepared for their new archbishop to face criminal charges.

I can't speak for the district attorney, but I can tell you that I believe the bishop has caught his robe and left some evidence behind."

Meanwhile, a string of lies, cover-up and abuse — as well as a teenage boy murdered — is the legacy St. Louis Catholics are now inheriting. 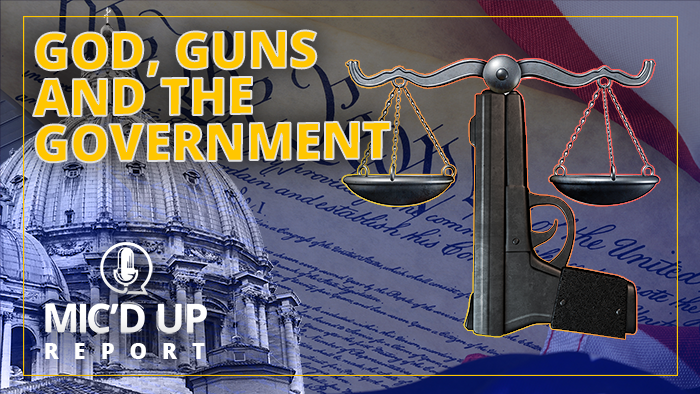 God, Guns and the Government
Natural rights under assault