Another step toward tyranny

May 3, 2022  0
Podcast Available for Premium Subscribers

The United Nations' World Health Organization is in the process of taking over international health care policies. This could render null and void the regulations of sovereign nations and independent entities. In tonight's In-Depth Report, Church Militant's Paul Murano takes a look at what may be another power-grabbing scheme of the Left.

James Roguski; author, researcher and activist: "This is a five-alarm fire. We need all hands on deck. I'm not kidding. This is very serious."

The World Health Organization is on the verge of acquiring autocratic rule over the health decisions of 194 member nations. In the last week of May, the WHO plans on approving, by simple majority, 13 amendments to an international pandemic agreement, originally ratified in 2005.

Tedros Adhanom Ghebreyesus, WHO director general: "I wrote about the multi-dimensional crisis that humanity is facing."

Critics say the revised treaty would give the WHO power to control the narrative, censor dissenting voices and stifle alternative ideas and medicine. The world has already seen a taste of this during the China-virus pandemic.

Dr. Pierre Kory, cofounder and president, Frontline COVID-19 Critical Care Alliance: "The world has gone mad, and it's not their fault. It's from unrelenting propaganda and censoring of good information."

Passports, jabs and lockdowns are some of the things this treaty could internationalize. And it's not a stretch, say critics, that what's now occurring in Shanghai could happen elsewhere, including here in America. Further, as Church Militant reported last month, such an international, top-down approach will ignore cultural differences and disregard the unique needs of individual nations.

Shabnam Palesa Mohamed, steering committee member, World Council for Health: "[It] essentially gives WHO an inordinate amount of power. ... From lockdowns to mandates over treatments and, really, what people have started to consider a one-size-fits-all approach, which, to date, has actually not worked."

The renewed agreement may have far-reaching implications for international freedom and autonomy.

Roguski: "They're changing article 12, section 2. And it essentially wipes out 194 nations' sovereignty to decide whether or not they allow an international organization to step in and take over."

In a letter published a month ago in newspapers around the globe, world leaders promoted the idea: "We must seize this opportunity and come together as a global community. ... Pandemic preparedness needs global leadership for a global health system."

Ashish Jha, Biden COVID advisor: "We need funding to ensure we're getting shots in arms around the world."

Observers claim this attempt at imposing mandates from above further builds a foundation for a one world government.

Narrator, Be Free Publications: "The goal of Agenda 21 is one world government."

The instinct for people to seek peace through a united humanity is natural and good. But in a post-Eden world, any attempt at unity, especially if not based in truth, will end in tyranny. 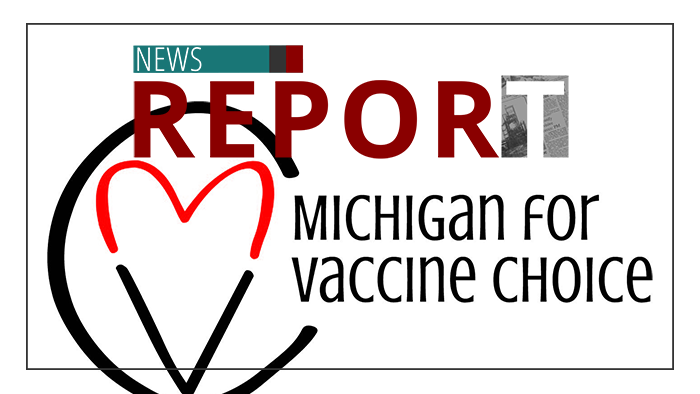