Neuer Anfang met with Francis after Wednesday's general audience in the Vatican's Paul VI Hall. The educational group calls for legitimate reform, which it notes only comes with repentance and a life-changing rediscovery of the gospel.

In the manifesto handed to the pontiff, Neuer Anfang summarizes, "[The Synodal Way] violates the peace in congregations, abandons the path of unity with the universal Church, damages the Church in the substance of its faith and paves the way towards schism."

So far, the manifesto is available in 11 languages and denounces everything from the ordination of women to the sinfulness of all sexual unions outside of marriage. The document spotlights nine specific points where the so-called Synodal Way fails, beginning with legitimacy, by arguing, "The Synodal Way is not a 'synod,' nor has [it] any authority according to canonical law."

Another point denounces the practice of blessing same-sex couples, which has crept publicly into some German parishes. It explains, "The Church has to avoid any appearance of bestowing a blessing comparable to the one due to the sacrament of marriage on other forms of sexual relationships such as same‐sex."

In 2019, Francis himself sent a letter of concern regarding the direction Germany's Synodal Way was taking, but Neuer Anfang observes that letter has been ignored. The pope has yet to comment on the manifesto.

Though Francis expressed some concerns in 2019, he himself has called for a Synod on Synodality, leading many Catholics to wonder if he's just playing a game of "good pope, bad pope."

Neuer Anfang's manifesto comes in the wake of similiar concerns expressed by some German prelates like Cdls. Gerhard Müller and Rainer Woelki. 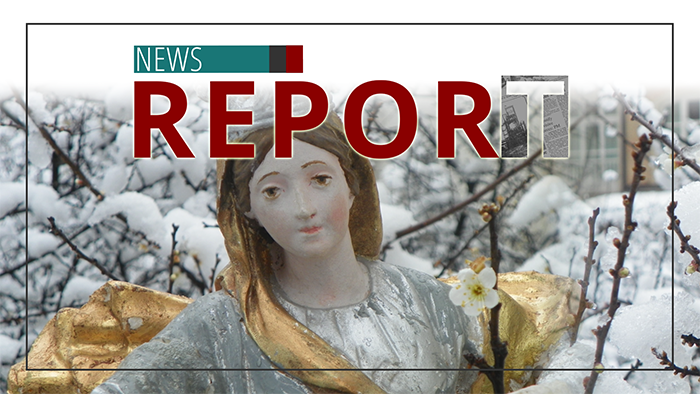 Our Lady of the Flowers
Over six centuries of miracles