For Jesus and His Mother

One young man in Poland is taking to heart Jesus' words to His disciples "take up your cross and follow Me."

Since the Feast of the Sacred Heart in June, Michał Ulewiński has been trekking across Poland carrying a 10-foot, 40-pound cross.

Martina Moyski tells us more about Ulewiński's mission and what he hopes to achieve.

Abp. Fulton J. Sheen: "And He said go into the world and tell every man that you meet there is a Man on the Cross."

But Ulewiński, unlike the Romans, carries a cross — and his goal is to trace the letter "M" (of Mary's Miraculous Medal) on the map of Poland with his footsteps.

The 29-year-old says his "is a penitential pilgrimage for our country," adding, "we have to repent. The situation in the country and in the world is getting more and more difficult; everything is going in the wrong direction."

Michał Ulewiński: "If the sun shines or if it rains, if my legs hurt ... I simply know that I have to walk. I have this mission to fulfill, and I cannot give up."

"Prayer gives me strength," he says. And he is aided by people along his way.

One of his helpers said, "He marches for us, for all sinners," adding, "I am encouraged by his initiative, because every day we see young people leaving the Church, declaring themselves unbelievers."

Ulewiński remarks, "Everywhere God sends people who want to help. And there is always an overnight stay."

Ulewiński: "What I am suffering now, compared to what Christ suffered, is nothing. It's not even a speck."

This is the second time the Pole has traversed his homeland. Two years ago, he marked the Sign of the Cross on Poland with his footsteps.

The follower of Christ is doing more than marching. He aims to build chapels at the 12 key points of the letter "M" and the Sign of the Cross his feet have traced.

After that, he plans 12 more chapels representing the stars of the Miraculous Medal. And, finally, by 2024, he plans monuments to the Sacred Heart of Jesus and the Immaculate Heart of Mary.

Ulewiński: "And I simply start meditating on Christ's Passion. And then all of this passes."

While the message —  and meaning — of Christ's Cross is mostly shunned in public life nowadays, many around the world are finding strength and inspiration in this man's holy trek across his nation.

In 1830, the Blessed Virgin Mary appeared to St. Catherine Labouré, charging her to fashion a medal based on the apparition. The Miraculous Medal ensued, providing protection and graces to those who wear it.

The year 2030 will be the 200th anniversary of the apparition, by which time Ulewiński envisions his project will be completed. 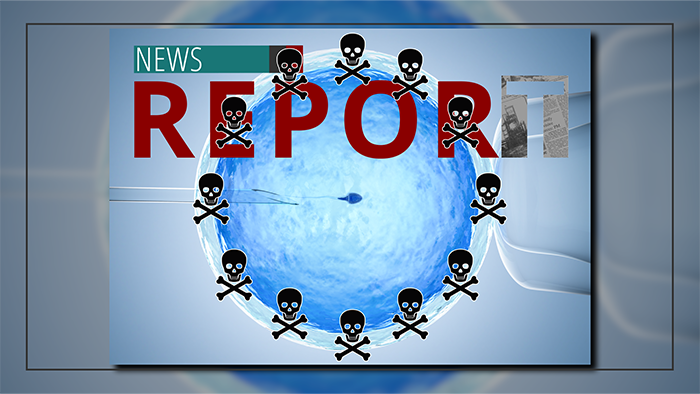