Tanner Cross, a teacher at Leesburg Elementary School in Virginia, is being reinstated immediately by a state judge — this, after being suspended for voicing his mind on so-called transgender pronouns.

Tanner Cross: "We're just happy that we were reinstated; and I look forward to going back to serving Leesburg Elementary."

The Loudoun County School Board suspended Cross last month after giving his opinion at a public hearing about their proposed policy to use students' preferred names and pronouns.

Cross, a physical education teacher at his school, refuses to lie.

I love all of my students but would never lie to them regardless of the consequences. I am a teacher, but I serve God first, and I will not affirm that a biological boy can be a girl and vice versa — because it's against my religion, it's lying to a child, it's abuse to a child and it's sinning against our God."

This honest and reasonable assessment got him in trouble with the school board and the greater PC cancel culture.

Cross is being defended by Alliance Defending Freedom, or ADF, an organization dedicated to protecting freedom of speech and religion. His lawyer understands the Constitution.

Tyson Langhofer: "The reason why this is so extreme is that the school board punished Tanner simply for speaking at a public meeting in his private capacity. And even he went to work the next day and there were no problems, and yet they suspended him. That's unconstitutional."

ADF told Church Militant details of the case and the importance of the judge's decision.

Logan Spena: "You have to be able to talk to elected officials about policies they're considering adopting beforehand. He was punished for doing that. And so it's absolutely critical that the judge recognize that, and he did, so we're thrilled."

Spena lays out their defense, if the case ever goes to trial.

The two human rights at stake in this case are the right to freely express one's opinion and the right to speak the truth without being forced to lie. The fight centers on the Left imposing its worldview that reality is somehow created by each individual and there's no objective truth.

PragerU interviewee: "You can't put things in boundaries. You can define yourself as whatever you want."

Unless this core issue is settled, future lawsuits are inevitable. 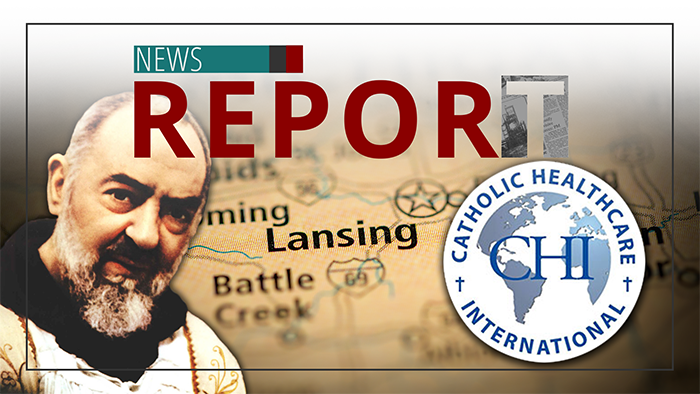 Fighting for the Right to Pray
Padre Pio Comes to Michigan