One-hundred-sixty years ago, the United States went to war over whether individual states had the right to legalize slavery. In a historic irony, Mississippi, one of the states that supported slavery, is battling for the rights of the unborn. Church Militant's Kristine Christlieb provides background to this fight for life.

Attorney General Lynn Fitch: "Couldn't be any more excited than the day that it came down and said that we're taking the Mississippi — the Dobbs case is moving forward. I always say, this will no longer be the Roe v. Wade; it will be the Dobbs Mississippi case that will be taught."

Mississippi Attorney General Lynn Fitch is eager to find out if her state will be the one to finally overturn Roe v. Wade.

The only abortion provider in the state, Jackson Women's Health Organization, a Planned Parenthood facility, immediately challenged the new law in federal court.

The state took the ruling to the 5th Circuit Court of Appeals, which upheld the lower court ruling.

Reporter: "The Supreme Court has now agreed to take up a Mississippi case on limiting abortion rights."

Fitch believes both Roe and Casey have left the country in chaos.

Fitch: "Those cases just really confused things; they made the conflict much worse."

Given medical advances, the state's brief argues the prior century's decisions are "decades out of date."

Prudence Robertson, Susan B. Anthony List: "Fifty years of advances in science and technology show us that these babies in the womb have beating hearts at six weeks. ... They have fingers and toes. They cough. They hiccup."

There are 26 states ready to assert their right to regulate abortion if Roe is overturned.

One of those states is Missouri. Its Republican attorney general, Eric Schmitt — who is Catholic and running for U.S. Senate — told Church Militant the following:

Since taking office, I've always fought to protect the unborn, and that fight continues. As we argue in our amicus brief in support of Mississippi's law, it is time for the Supreme Court to overrule Roe v. Wade and Casey. While we're fighting in court to defend Missouri's pro-life laws, I'm proud to support Mississippi's similar legal battle in front of the Supreme Court.

Americans have been on a death watch for the last 50 years, watching as millions of children have been denied the right to life and watching for an end to an evil Supreme Court decision.

Texas Right to Life filed a "friend of the court" brief in support of Mississippi. It notes that some of the principles argued in Dobbs v. Jackson could be applied to the court's decisions in Lawrence v. Texas, which struck down a Texas law prohibiting gay sex, and also Obergefell v. Hodges, which guaranteed the right to same-sex "marriage." The brief calls these decisions "as lawless as Roe." 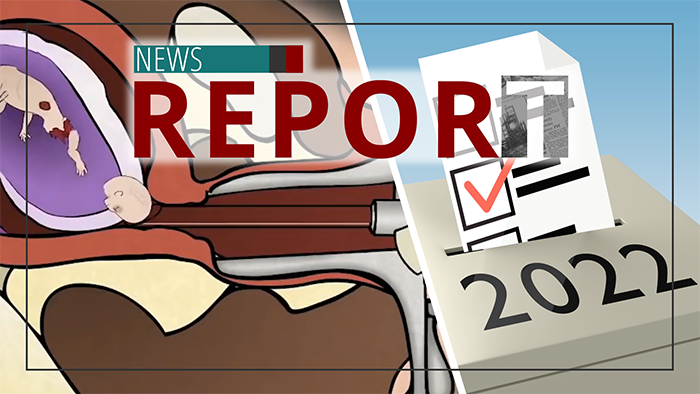 The Midterm Impact
Could the Supreme Court shake up 2022?