In the aftermath of the devastating defeat of the Kansas pro-life amendment Value Them Both, pro-life activists are trying to understand what happened.

In tonight's In-Depth Report, Church Militant's Kristine Christlieb talks with one of the amendment organizers.

According to a leader in the Value Them Both organization, it's ads like this one that helped to defeat the amendment.

Lori Chrisman was the Value Them Both director for the Wichita area, one of the state's highest population centers. She claims messaging about the amendment "evolved,"  and ultimately divided the state's pro-life community.

Lori Chrisman, foundress, Imago Dei: "When we first started, we talked a lot about how we needed this amendment to go further with ending abortion in our state, and if we didn't have this amendment, it would make it a lot harder and we wouldn't be able to do it."

So, at first, organizers were promoting the idea that the amendment was needed to end abortion in the state. But then came the change, helped along by the state's attorney general, Derek Schmidt.

In an opinion statement, Schmidt told Kansans the amendment "does not ban or restrict abortion." The dream of ending abortion took a back seat.

As time went on and our priests were out there talking about it, all of our staff, all of our volunteers — it finally came to the point where they said that can't be our message anymore, that has to be something we don't talk about and so have to kind of keep that on the back burner. So that was kind of a red flag for me. I was like, why wouldn't we want to end it?

Chrisman started having second thoughts about Value Them Both. She heard about a group of so-called abolitionists.

Chrisman: "There's a group in Kansas called AIM, Abortion Is Murder — great people. They've been out really promoting the fact that we did not need this amendment."

Catholics are losing patience with organizations like Kansans for Life and its incremental approach to battling abortion.

Karl Soldatov, Wichita captain, Church Militant Resistance: "Kansans for Life has made it clear that they're a lobbying organization. They want a never-ending struggle to regulate abortion, but they don't seem to be interested in ever completing eliminating it."

Chrisman believes it's time for a new organization, one based on Catholic principles.

In the fight to end slavery, Kansas abolitionists were at the forefront. Catholics and other Christians have taken up their mantle — not to regulate abortion but to abolish it.

Church Militant will be continuing its analysis of the failed Kansas amendment in an upcoming interview with Kansas state senator Mike Thompson. 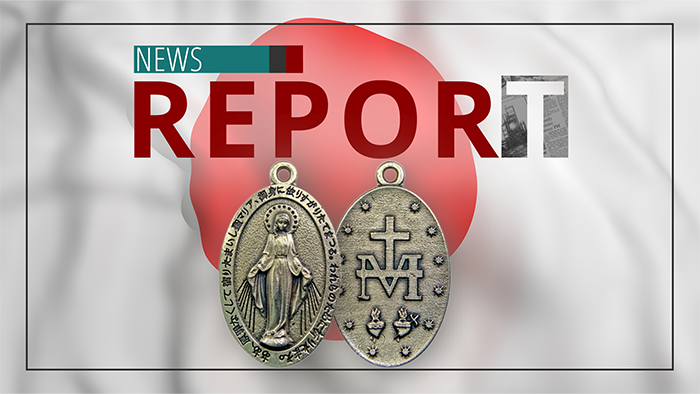 Land of the Rising Son
To Jesus through Mary