Victim Gets the Heave-Ho

It's hard to imagine how news from the Buffalo diocese could get worse, but it has. In tonight's In-Depth Report, a prominent abuse victim is revictimized in the diocese's bankruptcy process.

Deacon Paul Snyder, diocese of Buffalo: "It's painful so many victims — who have been pleading for justice — feel so betrayed."

Last week, one of the most outspoken victims of the Buffalo clergy abuse scandal was ousted from the bankruptcy committee representing victims.

The committee's role is to review the diocese's assets and liabilities while advising the court in connection with a settlement.

On Holy Saturday in 2019, Brun's 21-year-old son Patrick read a document in which Brun detailed how, at 16, he was abused by Fr. Arthur J. Smith at a Washington, D.C. hotel.

Patrick expressed solidarity with his dad, but the next day, he committed suicide.

Patrick accidentally saw the document, but Brun feels responsible for his death.

He told the Buffalo News: "If he never saw that letter, I think he would still be with us. I can't change that now."

While being removed from a creditors' committee is not common, it does happen.

The committee's activities are confidential, so neither Brun, his attorney Paul Barr, nor the committee's lawyer could offer an explanation for the decision.

In 2020, Brun made headlines in Buffalo when he confronted Bp. Edward B. Scharfenberger about his son's death.

According to press accounts, Brun shared the story to explain why he is so passionately committed to supporting other victims of abuse.

Scharfenberger was evasive in his response.

Kevin Brun: "I didn't even get an 'I'm sorry' from him. That speaks to how much they say they care about healing and doing the right thing for survivors, and what they actually do is the complete opposite."

According to Brun, Scharfenberger was more focused on providing for the ongoing needs of the accused priests than the pain of victims. 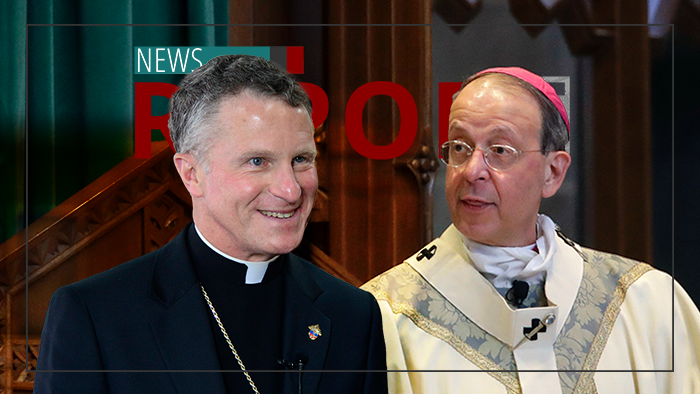 Where Will They Lead?
New leaders of the USCCB