The way in which unelected President Joe Biden pulled troops from Afghanistan a little more than a year ago placed thousands of our allies in jeopardy. Humanitarian aid has all but vanished there except for one lone organization.

In tonight's In-Depth Report, Church Militant's Kim Tisor has more on this Catholic apostolate working with the region's most vulnerable people.

President Joe Biden: "Any American who wants to come home, we will get you home. ... We're going to do everything that we can to provide safe evacuation for our Afghan allies, partners and Afghans who might be targeted."

Empty promises resulted in the entrapment of countless U.S. allies, women, Christians and at-risk minority groups. As Afghanistan crumbled, people desperately sought a way out. By God's grace, many discovered human-rights activist and filmmaker Jason Jones. In one week, his list of 20 requesting refuge grew to more than 1,000.

Jason Jones, president, Vulnerable People Project: "What started out as just fielding calls from friends, from veterans and from Christian leaders and helping them evacuate folks from their communities — it expanded greatly."

Jones has helped evacuate thousands so far. He founded The Vulnerable People Project some 20 years ago to stand with the most vulnerable people in the world during the most vulnerable times. It's his love for the "weakest of these" that attracted this former atheist to Catholicism.

The Vulnerable People Project goes beyond rescuing and resettling innocent, war-torn victims. During the past year, it has also fed over 300,000 people, kept them warm with coal, provided a well in a remote area and opened a women's medical center, since the Taliban forbid men and women from accessing the same hospital.

Jones: "We also have armed guards outside of girls' schools. And we've installed closed-circuit television security monitors and hired security guards because ISIS is now targeting girls' schools across Afghanistan. Most have closed."

Understandably, people call Jones a hero. In his humility, he bestows that title on the apostolate's Afghan volunteers, who, in his words, have the courage of Oskar Schindler, because they risk their lives not for personal benefit, but for the love of country and the vulnerable. 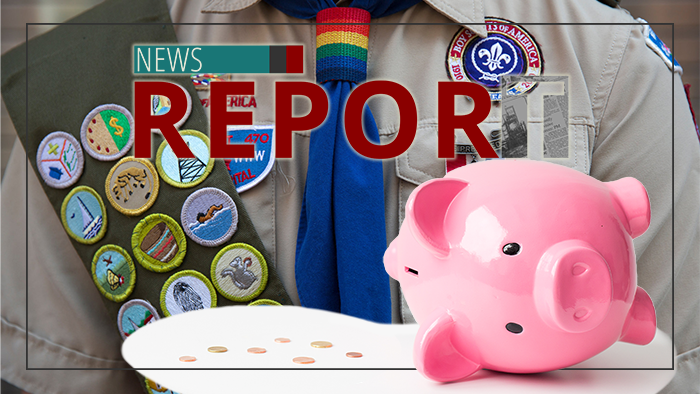 From Woke to Broke
Suicide of Boy Scouts of America