The war against Big Tech continues as conservatives won a major victory for freedom of speech.

It looks like social media companies may be held accountable for their one-sided censorship after all.

In tonight's In-Depth Report we discuss the big win for the Lone Star State and where things go from here.

Gov. Greg Abbott, R-Texas: "We see that the First Amendment is under assault by these social media companies, and that is not going to be tolerated in Texas. ... There is a dangerous movement that is spreading across the country to try to silence conservative ideas, religious beliefs."

The 5th U.S. Circuit Court of Appeals is siding with the Texas attorney general, upholding the constitutionality of a Big Tech censorship law.

Texas House Bill 20 forbids social media platforms from censoring any user based on his viewpoint or geographic location.

Catholic governor Greg Abbott signed HB20 into law last year and was quickly met with a lawsuit filed by NetChoice and the Computer & Communications Industry Association.

The court issued a 2-to-1decision last week in Texas' favor, with Judge Andrew Oldham writing, "Today we reject the idea that corporations have a freewheeling First Amendment right to censor what people say."

This ruling comes after an opposite ruling issued earlier this year by the 11th Circuit Court of Appeals, striking down a similar law passed under Florida's Catholic governor Ron DeSantis.

Gov. Ron DeSantis, R-Fla.: "This is not how a free society should operate. They use secret algorithms and shadow banning to shape debates and control the flow of information, but yet they evade accountability by claiming they're just neutral platforms, even as they amplify partisan agendas and censor dissent."

Judge Kevin Newsom wrote in that case, "Put simply, with minor exceptions, the government can't tell a private person or entity what to say or how to say it."

All signs point to this issue going before the U.S. Supreme Court for a final decision.

The argument around social media censorship centers on how those platforms are viewed legally. Texas claims the sites should be seen as common carriers, like phone companies, and therefore unable to discriminate against customers. Others, including the 11th Circuit Court, argue they should be classified as private actors protected by the First Amendment. 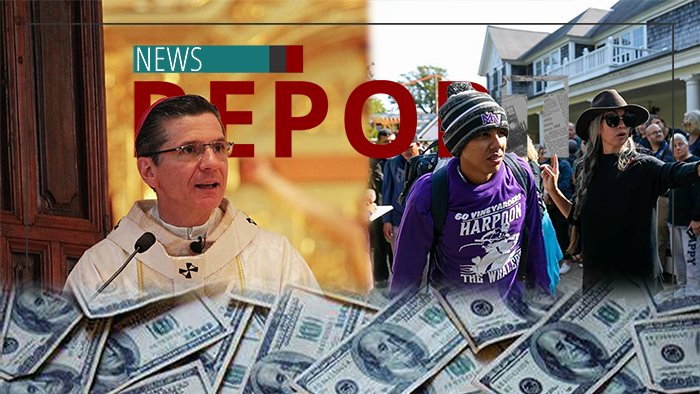