Preserve the republic from evil

Christians and conservatives are taking back the republic from progressives, who have pushed America closer and closer to a land of communism — not freedom. Protecting the United States from all enemies, foreign and domestic, necessitates securing the border and stopping election fraud.

Rep. Mark Finchem, R-Ariz., State District 11: "A presentation was given including detailed plans to embed 35,000 votes in a spread-configured distribution to each Democrat candidate's vote totals."

Finchem launched an initiative to reclaim integrity in America. Finchem is adding his expertise in rooting out election fraud to an event in McAllen, Texas, on Jan. 29 and 30.

Finchem: "We have, actually, a 7-week, 14-step plan that anybody who comes to this event, we're going to hand it to them, and these are actionable steps that they can take in their own community whether they live in McAllen, Texas, or anywhere else in Texas or around the country."

For the event, Finchem is partnering with Women Fighting for America, a group that tackles border security, abuse of children and restoring Christ's place in the United States.

Christie Hutcherson, foundress of WFFA: "We have some serious issues we have to tackle going into 2022. One of those is shedding light on the domestic security implications of having open borders and how it impacts our election integrity."

Hutcherson: "We have to fix and shed light on what happened so that it does not repeat itself in 2022."

In addition to hearing from prominent speakers, attendees will be invited to tour the southern border of the United States to see firsthand the conditions fake Catholic Joe Biden's policies have caused. By the end of 2021, over 1.9 million illegal migrants had had encounters with border security. Many of them were transported into the American interior without any requirement to get the jab, in stark contrast to Biden's treatment of American citizens.

We then have a what we call "post rapid response team" that will be following up with them [attendees] within the week after leaving, to come along beside them to say, "Where are you at? Do you need help?" We're going to plug you into grassroots organizations because local action impacts national action.

Conservatives are building momentum before the midterms. Motivation to preserve America from extreme-left tyranny will be key for victory.

Church Militant will be on location in Texas. Registration for the event costs $15 for general admission, $10 for veterans and is free to active service members. You can sign up at westandamerica.com. 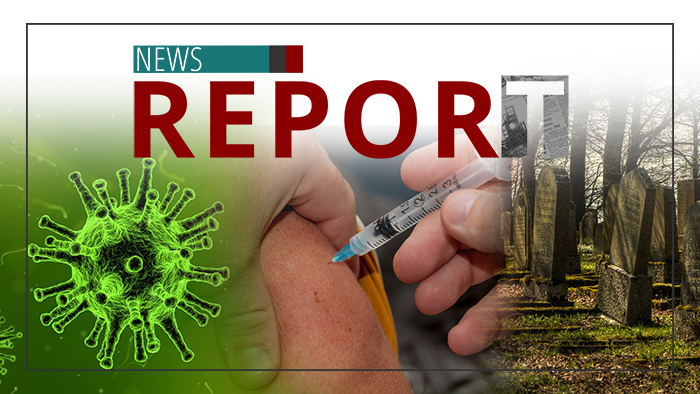