Eastern Europe is bearing the brunt of predatory illegal immigration. Poland, in particular, is facing increasing tensions from its belligerent neighbor Belarus. Church Militant's Trey Blanton has the latest from last weekend in the ongoing crisis.

Illegal migrant from Cameroon: "They [Belarus] tell us, 'This way there's no Polish police.' So they will tell us, 'We must cross those wires.'"

Belarusian authorities are forcing illegal migrants to cross into Poland. A Polish border guard says tensions between the two nations has risen to the point that Belarus is provoking its neighbor by firing blank rounds at Polish security.

Critics say the Belarusian president is retaliating against the European Union for imposing sanctions on Belarus after its president cracked down hard on political dissent.

Polish journalist Tomasz Grzywaczewski: "Full responsibility goes to Minsk and to Russia, which, as I mentioned, planned and meticulously implemented this operation using hopeless people as a weapon against European Union."

The migrants travel by land or plane to Minsk from Iraq, west-central Africa, and even Cuba in order to enter Europe. Leaders from Belarus and Poland are meeting to discuss the situation, but Belarus denies firing any shots at Poland.

NGO worker Kalina Czwarnog: "We try to look for them in the woods or the swamps and, if we're lucky, we can meet them before the border guards."

Turkey, which has also used middle eastern refugees as a political tool to threaten Europe, has offered to help Poland curtail illegal immigration. Some of Belarus' illegal migrants, however, have included Turkish citizens and hundreds of Iraqis who flew to Belarus on Turkish Airlines.

The Polish government is planning construction of a border wall to limit entry by illegal migrants. 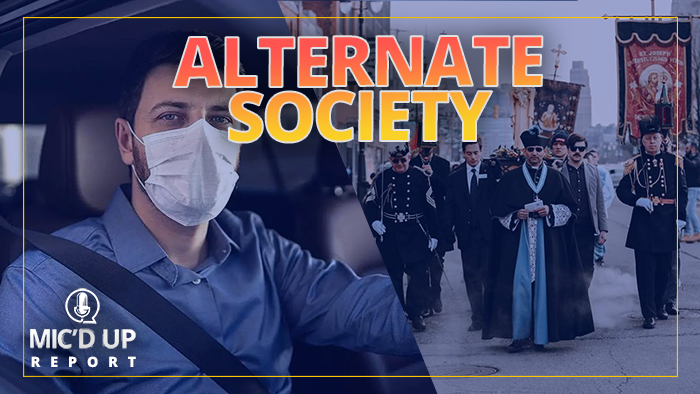 Alternate Society
City of God vs. City of Man