Where Will They Lead?

New leaders of the USCCB

The United States Conference of Catholic Bishops has officially chosen the men who will head the conference for the next three years.

Abp. William Lori, archdiocese of Baltimore: "We're creating a culture in which sexual abuse and harm to the vulnerable isn't tolerated."

Archbishops Timothy Broglio and William Lori will now serve as the heads of the USCCB until 2025.

Broglio, the head of the archdiocese for the military services, will serve as president of the corrupt conference.

Modernists — like the National Catholic Reporter — are outraged over the election of the so-called anti-Francis bishop.

While touted as more orthodox than most bishops, Broglio still has baggage.

He served as personal secretary to now-deceased Cdl. Angelo Sodano, who reportedly helped cover up for many high-ranking abusers, including Fr. Marcial Maciel and Theodore McCarrick.

Broglio was cowardly when it came to the COVID jabs, issuing an encouragement for all military to get vaccinated as an "act of charity."

The archbishop refused to grant exemptions to soldiers until two months after the vaccine was mandated for troops. And by that time, most had already been jabbed against their will.

Broglio has also continued the cover-up of sex abuse allegations in the military, according to former chaplain Gene Gomulka.

Lori: "We have to be held to the same high standard that we hold our priests and our lay employees and our volunteers to."

Baltimore's Abp. Lori, the conference's new vice president, will not be able to run for president of the USCCB in three years due to his age. He has a long history of ties to homosexual clergy and cover-ups.

Lori worked with McCarrick and Cdl. Wilton Gregory to form the bishop-protecting 2002 Dallas Charter on abuse.

While bishop of Bridgeport, Connecticut, Lori fought to have clerical sex abuse records concealed until the U.S. Supreme Court forced him to release the names in 2009.

The USCCB will never have credibility with faithful Catholics as long it pushes Democratic agendas and empowers corrupt bishops.

On a positive note, Broglio is one of the few bishops who admits there is a link between homosexuality and clerical sex abuse. 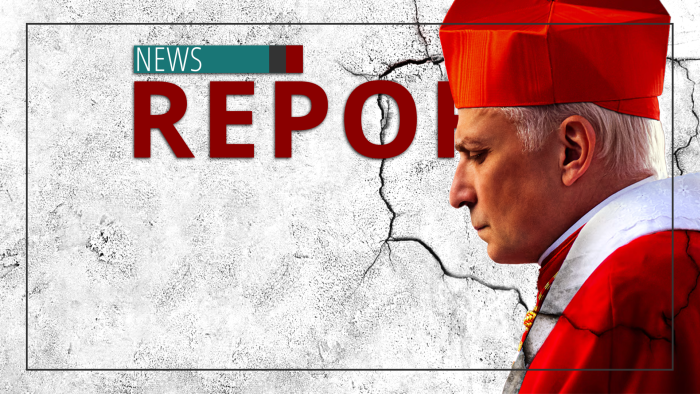