Hunter Biden: "I am absolutely certain, 100% certain, that at the end of the investigation, that I will be cleared of any wrongdoing."

Hunter Biden broke his silence on CBS's Sunday Morning — an interview many are viewing as a whitewash.

One whistleblower who'd seen the laptop explained it had "extremely disturbing and obscene" pedophile tapes.

While none of this information came up during the CBS interview, the laptop did.

Reporter Tracy Smith: "And you didn't drop off a laptop to be repaired in Delaware?"

Hunter Biden: "No. No, not that I remember."

Biden's substance abuse also came up, while the two shared a laugh over his smoking Parmesan cheese.

Hunter Biden: "I spent more time on my hands and knees picking through rugs, smoking anything that even remotely resembled crack cocaine. I probably smoked more Parmesan cheese than anyone that you know, Tracy."

Discussing how he dated his brother's widow, Hunter claimed he understood how that raised eyebrows, but offered his rationale.

Hunter Biden: "We were together and trying to do the right thing. And that grief turned into a hope for a love that maybe could replace what we lost. And it didn't work."

The interview also included a plug for his new book, Beautiful Things, which, after shedding some tears over losses in his family, he also plugged.

Hunter Biden: "I'm a Biden. We cry too much. But you know, I guess one of the reasons that I'm crying is because — you know — beautiful things were here."

Comments on the interview were almost entirely negative.

One commenter: "The media is morally bankrupt for not covering this 'pre-election' ... ."

Another commenter: "No question about how an unqualified drug addict landed a job paying $53,000 per month?"

As to the plugging of Beautiful Things, one person wrote, "I can't wait to leave a negative review on Amazon for his book."

Another topic not brought up during the interview was the Biden family's ties to the Chinese Communist Party, something likely never to be discussed with Beijing Biden in power. 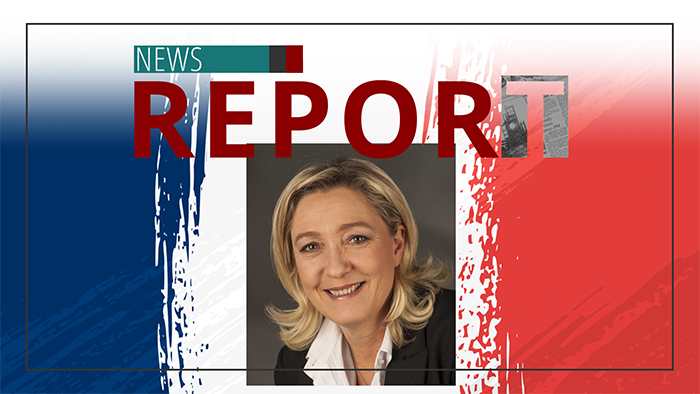 French Populist for President?
Le Pen's third try could be the charm