Wielding Secrecy as a Weapon

The Detroit archdiocese is hiding information

Chris Kolomjec: "In this case it has been used to cover up the incompetence, mistakes or the malice — I hate to say it — towards Father Perrone."

Michigan attorney Christopher Kolomjec is slamming the use of pontifical secrecy to protect the archdiocese of Detroit.

Father Eduard Perrone was suspended from ministry in July over a 40-year-old allegation of abuse based on a so-called repressed memory.

Critics have blasted the archdiocese for finding the allegation credible, especially in light of newly published documents revealing that the accuser admitted he could not recall any specific incidents of abuse, and at most all he has is a hunch.

From his interview with the Michigan State Police in June: "[The accuser] stated he feels like something could have happened then although he is not sure if it did and is currently working with his therapist to uncover those memories."

Now, in addition to wielding pontifical secrecy as a weapon against Perrone, the Detroit archdiocese is directly flouting a court order that it hand over its investigative files to Perrone's attorneys.

Kolomjec is filing a contempt of court motion against the archdiocese, making clear he's not the only one outraged by their behavior.

Kolomjec: "Priests are terrified.  ... They could be next, and that's the thing."

Kolomjec says only one man can put an end to the stonewalling and deceit: "The only person who can put a stop to this is Abp. Vigneron himself."

Whether the archbishop will choose to act to restore Father Perrone's good name remains to be seen. 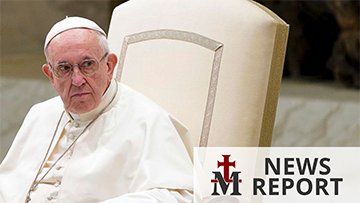