But a local Catholic priest wrote the judge and asked for leniency for the abuser, even though one of the victims was a member of his parish.

In tonight's In-Depth Report, Church Militant's Kristine Christlieb explores Catholic clergy who can't seem to get on the side of the victims.

Plaintiff's attorney: "Archbishop, you knew it was a crime for an adult to engage in sex with a kid.

In 2014, the now retired Abp. Robert Carlson testified under oath that he wasn't sure he knew it was a crime for an adult to engage in sex with a child.

Despite their pleas to the contrary, some Catholic clergy do not seem able to understand the seriousness of sex abuse.

Janet Smith, Ph.D., retired Fr. Michael J. McGivney Chair of Life Ethics, Sacred Heart Major Seminary: "I just think they have gotten so accustomed to corruption — both financial and sexual corruption — that they simply don't have natural human responses to these things. Their response entirely is to cover up."

Father Daniel Bodin, pastor of St. Peter's Catholic Church in Lake Forest, Minnesota, faced with one of his parish volunteers being convicted of molesting a child, chose to write a letter in support of the abuser.

They are surrounded by priests who are living double lives. And they're all friendly, and they slap each other on the shoulder and support each other. And a lot of them have secrets, very bad secrets. So they have gotten used to loving people who have very bad secrets. So, OK, this teacher — I've heard so many good things about him. OK, he has a bad secret.

Following The Boston Globe's groundbreaking story of clergy sex abuse in 2002, disgraced former cardinal Theodore McCarrick had strong words for abusers — but was himself an abuser.

Smith: "They seem not to understand — which seems incredible to me — what unbelievable double lives people are capable of living."

Bodin, perhaps too late for the victims, retracted his statement.

Smith: "He's better than most. For crying out loud, he withdrew what he said and very sincerely and humbly. I think he came to realize what he had done."

Smith says Catholic clergy might well benefit from more interaction with families, so their protective instincts can be heightened. 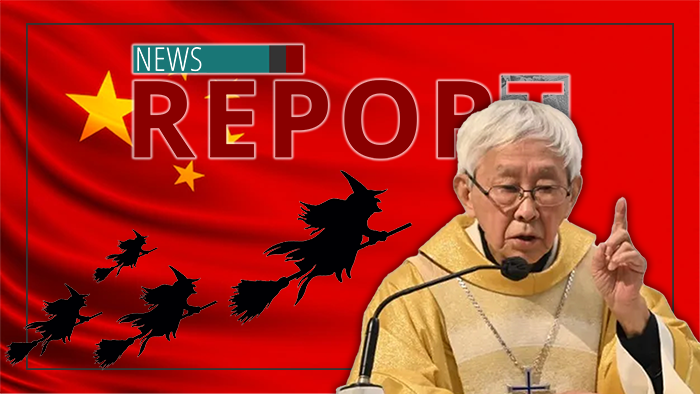