Today, a faithful cardinal and his companions faced the official start of a sham trial orchestrated by a communist government. Church Militant's Nick Wylie explains the plight of Hong Kong's bishop emeritus.

Cdl. Joseph Zen, bishop emeritus, Hong Kong: "You see, the communists, they don't understand the kindnesses. But they only understand strength, force."

Later this week, the highly controversial trial of Cdl. Joseph Zen will begin in Hong Kong after being delayed on Monday.

Cardinal Zen and five others were arrested in May for allegedly colluding with "foreign forces." They're accused of violating the national security law China imposed on the region.

The charges came after the six failed to apply for a local society registration for their humanitarian fund.

Critics argue that the Beijing-imposed security law violates the freedoms promised to Hong Kong after it came back under Chinese control in 1997.

Cardinal Zen has spoken out against the Chinese Communist Party for years, especially surrounding the relationship between the CCP and the Vatican.

Cdl. Zen: "There is a group of power in the Holy See. They think they know better. So even during the years of Pope Benedict, they didn't follow him. And now, Pope Francis follows them."

Meanwhile, the pope has done little to support the faithful cardinal.

Pope Francis: "Yes, it's true. There are things that to us seem undemocratic. Cardinal Zen is an elderly person who will be judged by a court. He says what he thinks. It is clear that there are some limitations there, but I can't judge. These are impressions."

Critics are calling this trial a test run that could set a precedent for communist China to exert even greater control over Hong Kong moving forward.

If found guilty, the 90-year-old cardinal could face heavy fines or jail time. 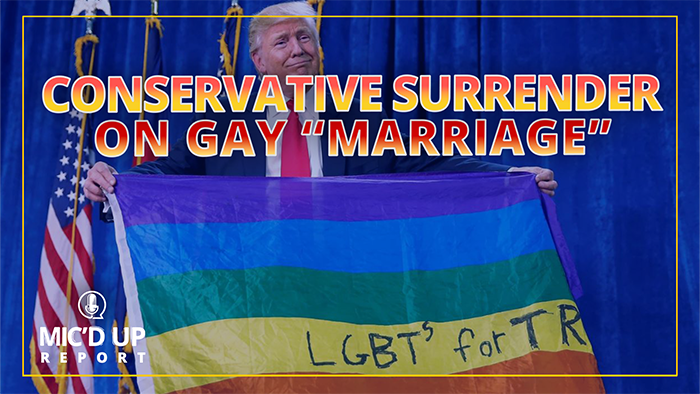 Conservative Surrender on Gay ‘Marriage’
An attempt to destroy the family