Democrat governors are being investigated for forcing Wuhan virus patients into nursing homes, which killed thousands of vulnerable people.

Congressman Steve Scalise, on the U.S. House Subcommittee on the Coronavirus Crisis, is demanding answers from the Democrat governors of New York, New Jersey, Connecticut, Pennsylvania and Michigan.

On Monday he challenged the governors to explain why they ignored protocols, forcing COVID-19 patients into nursing homes, saying "The outcome was devastating" and "Families who lost loved ones deserve answers."

According to the Foundation for Research on Equal Opportunity, 42% of Wuhan flu deaths occurred in nursing homes and assisted-living facilities.

In Michigan, it was revealed this week that 34% of approximately 6,000 COVID-19 deaths were linked to nursing homes.

Out of Michigan's 447 nursing facilities, over 10,000 people became infected — with more than 7,000 being elderly patients.

Media reports initially pegged the numbers much lower, but the latest findings prove the reporting was off-base.

In New York, Gov. Andrew Cuomo is also being called out, especially for rigging nursing home death statistics, instituting a policy that a person is only counted if they die in a nursing home. If a person contracted the virus in the nursing home but died in the hospital, the number wasn't applied to nursing home deaths, thus artificially deflating the true number.

But in May Cuomo commented: "You have a vulnerable person. Best to keep them at home and not put them in a congregate facility. ... That is the blunt truth. That's what I would do with my mother."

And Pennsylvania is also under fire, with its health secretary — a man dressing as a woman and calling himself Rachel — moved his own mother out of a nursing home and into a hotel after ordering nursing homes and long-term care facilities to accept virus patients from hospitals.

During the pandemic, people are left wondering if their governors have their best interests in mind, but new information coming out daily suggests not. 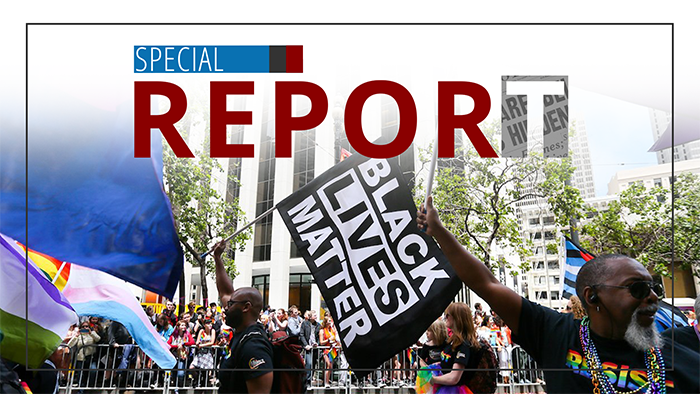