Cardinal Donald Wuerl remains defiant in the face of calls for his resignation.

Reports are that to retain this firm is $50,000 to $75,000 per month. Church Militant has queried the archdiocese of Washington, D.C. asking who is paying for this representation and where the money is coming from.

As of the time of this report, the archdiocese has not responded.

On Aug. 8, the archdiocese launched the website WuerlRecord.com, coinciding with the same day that the Pennsylvania grand jury report could have first been made public after being delayed more than a month following legal challenges by Pennsylvania clergy named in the report.

The site's sole purpose was to defend Wuerl's record with regard to child sex abuse. Within hours after the Pennsylvania grand jury report was released on Tuesday, the site was pulled down by the archdiocese following hundreds of complaints and negative comments.

The hiring of the law firm and the creation of the website represent a two-pronged approach by Wuerl's strategists to protect his name and legacy. Another tactic has been to have Wuerl give interviews to select media to try and smooth over very problematic facts contained in the grand jury report.

Throughout the entire process, Wuerl has maintained that he did not move priests from parish to parish.
Cardinal Wuerl: "That wasn't our process."

In 1988, just months after becoming bishop of Pittsburgh, Wuerl approved the transfer of Fr. Henry Krawczyk from Our Lady of Joy parish to Saint Therese of Lisieux parish following complaints from multiple parents that he supplied their sons with alcohol and made sexual advances on them.

In 2003, at his new parish to which Wuerl moved him, Krawczyk was arrested after 19-year-old Pittsburgh football player Billy Gaines died there, falling 25 feet to his death climbing through a crawlspace in the ceiling after getting drunk from cocktails provided by Krawczyk.

Krawczyk is connected to a second death, a suicide from one victim who passed out after getting drunk with the priest, and woke up to find Krawczyk performing oral sex on him. The victim committed suicide in 2006, just as Wuerl was packing up his bags to become the cardinal-archbishop of Washington, D.C.

That makes the official body count from transfers of homosexual predator priests by Wuerl at least two.

In another case that contradicts Wuerl's claim that he never moved priests around — also exposed in the grand jury report — Wuerl has yet to offer any defense in the case of Fr. George Zirwas, a homosexual predator priest Wuerl paid hush money to in exchange for the priest's silence regarding illegal sexual conduct of numerous other Pittsburgh priests.

In 1996, Wuerl asked Zirwas to sign a statement falsely saying that he knew nothing about the priests' sexual crimes, then Wuerl gave him a bonus payout as a result, in addition to the monthly stipend he was already receiving from the Pittsburgh diocese, which he spent on a flamboyant gay lifestyle in Cuba involving hook-ups with male prostitutes until he was murdered by one of them in 2001 — who confessed to killing him by shooting animal tranquilizer into the base of his neck, causing cardiac paralysis.

Wuerl announced confidently at the funeral that Zirwas was in Heaven.

The secular press has now picked up on the story of Wuerl's involvement in the massive massive cover-ups and is beginning to pile on.

Michael Rezendes, one of The Boston Globe writers who broke the 2002 story of homosexual clergy child sex abuse in Boston, made the rounds yesterday on various network talk shows where he was asked about how extensive this evil is beyond the borders of Pennsylvania and its larger implication:

The story was very much the same, almost exactly the same in Boston, in Tuscon, in Los Angeles, and it's the same globally in Ireland, Australia, Chile — this is a systemic problem within the Catholic Church. (Fox News)

Analysts are speculating that a series of grand jury investigations across multiple states could be a trigger for the U.S. Department of Justice to begin exploring whether RICO statutes have been violated. RICO stands for Racketeer Influenced and Corrupt Organizations Act, a federal statute designed to bust up organized crime syndicates.

Articles are even now appearing accusing the Catholic Church of being an organized crime ring for child sex abuse.

Earlier today, Breitbart published its own article where the question of RICO violations and pursuit by the Department of Justice were raised again.

As indicated earlier, sources tell Church Militant that a number of states attorneys general, including New York, are examining if they should begin their own Pennsylvania-style grand jury investigations.

In the face of Wuerl's defiance, reports are that extremely wealthy donors are now contacting the archdiocese of Washington saying all donations will cease until Donald Wuerl is removed. Church Militant has confirmed the report from the Pittsburgh Post Gazette that the attorney general's office is being inundated with emails and phone calls with hundreds of more reports of sex abuse and cover-up.

Pennsylvania Attorney General Josh Shapiro: "Credible reports indicate that at least two leaders of the Catholic Church in Pennsylvania — while not directly challenging the release of this report in court — are behind these efforts to silence the victims and avoid accountability."

Immediately following the Tuesday press conference, Shapiro met with the victims, whom he had on stage during the conference and away from the cameras, and microphones said the following: "Wuerl was the dirtiest bishop as far as sex abuse cover-up." 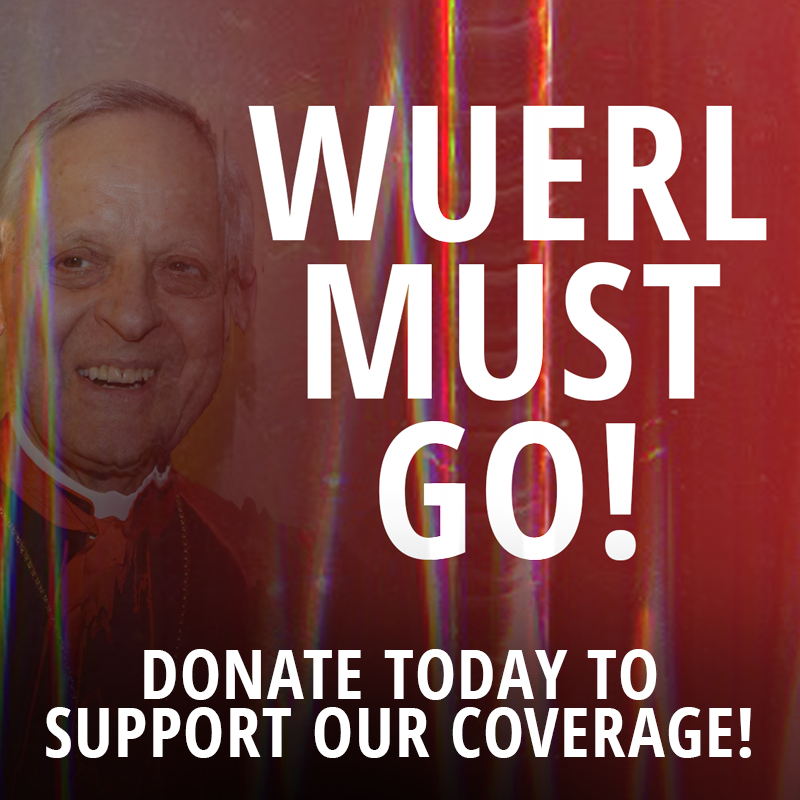 Cardinal Wuerl is one of Pope Francis' most trusted confidantes, even ramming through a $25 million grant to a hospital in Rome notorious for shady dealings and financial corruption. The money came from the Papal Foundation, an outfit Wuerl is closely associated with along with former Cardinal Theodore McCarrick to enlist financial support of Catholic millionaires.

Wuerl strong-armed the donors in the case of the hospital grant, leading to an uprising in the ranks of the Papal Foundation, causing a number of millionaire members to quit in protest. What donors were not told is that the first director of the Papal Foundation had been credibly accused of sexually molesting a 9-year-old boy.

It was Pennsylvania priest Msgr. Thomas Benestad whom Pennsylvania Attorney General Josh Shapiro was referring to in this segment of his Tuesday press conference and who was named in the grand jury report:

"Monsignor Thomas Benestad made a 9-year-old give him oral sex, then rinse the boy's mouth out with holy water to purify him."

In summary, in the face of Wuerl's repeated denials, his position continues to deteriorate, with sources close to the situation telling Church Militant privately they do not see how he can survive this beyond the next ten days.

For example, thousands have already signed a petition to have Wuerl's name stripped from a Pittsburgh high school he allowed to be named after himself in 2013.

As multiple cases of bishops covering up sex abuse around the world flood into the Vatican, Rome is becoming paralyzed.

Pope Francis has publicly declared zero tolerance for any bishop who in any way covered up sex abuse by predatory clergy. Because of his long-standing relationship with Cdl. Wuerl, Pope Francis now finds himself in a bind.

As the media spotlight and the rage of Catholic laity intensify, all eyes are on the Vatican to see if Pope Francis will indeed follow through on his promise by stripping Cdl. Wuerl of his place in the College of Cardinals as he did Theodore McCarrick last month.

This is truly shaping up as a case of Wuerl no longer having any place to hide. 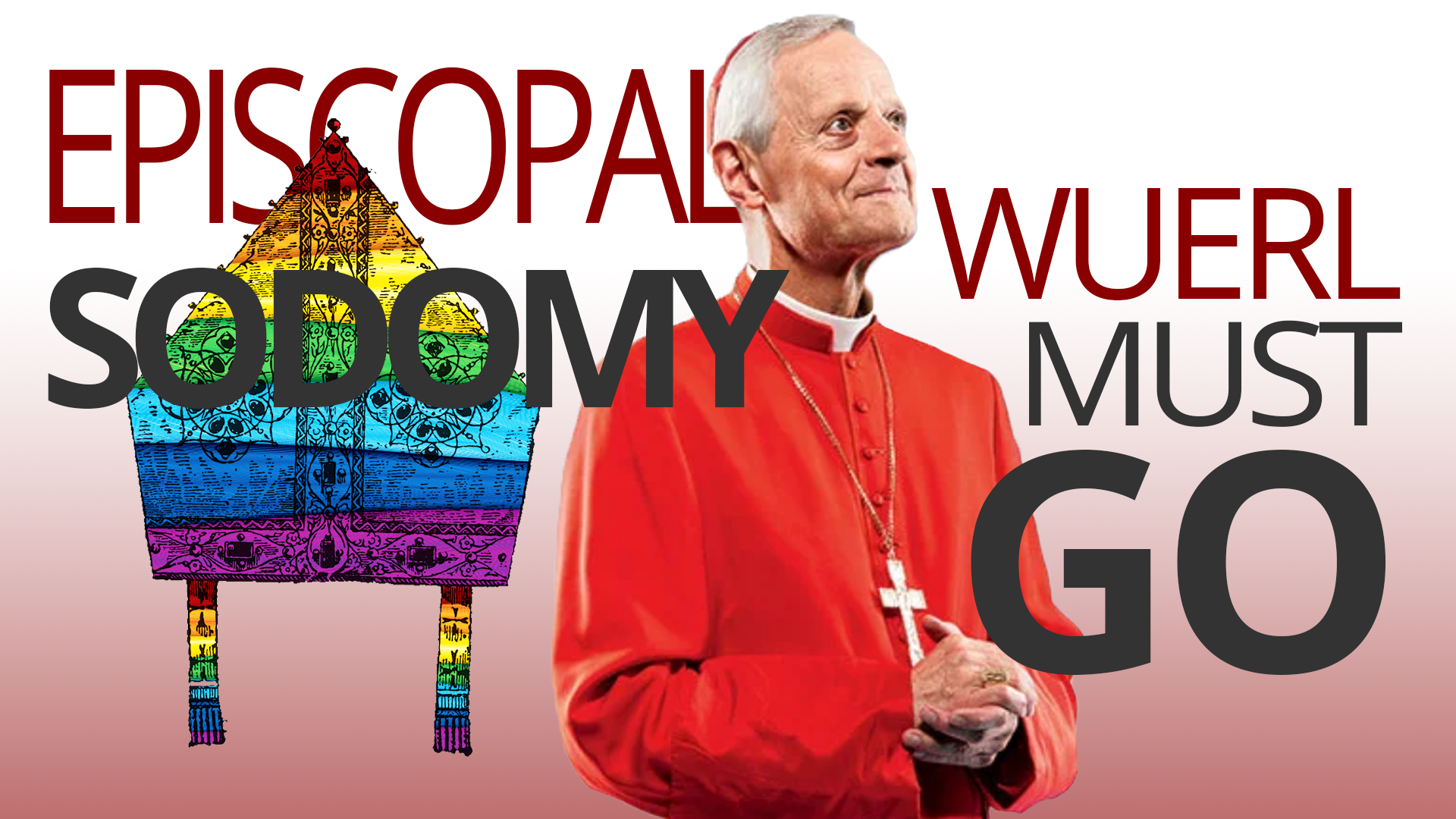